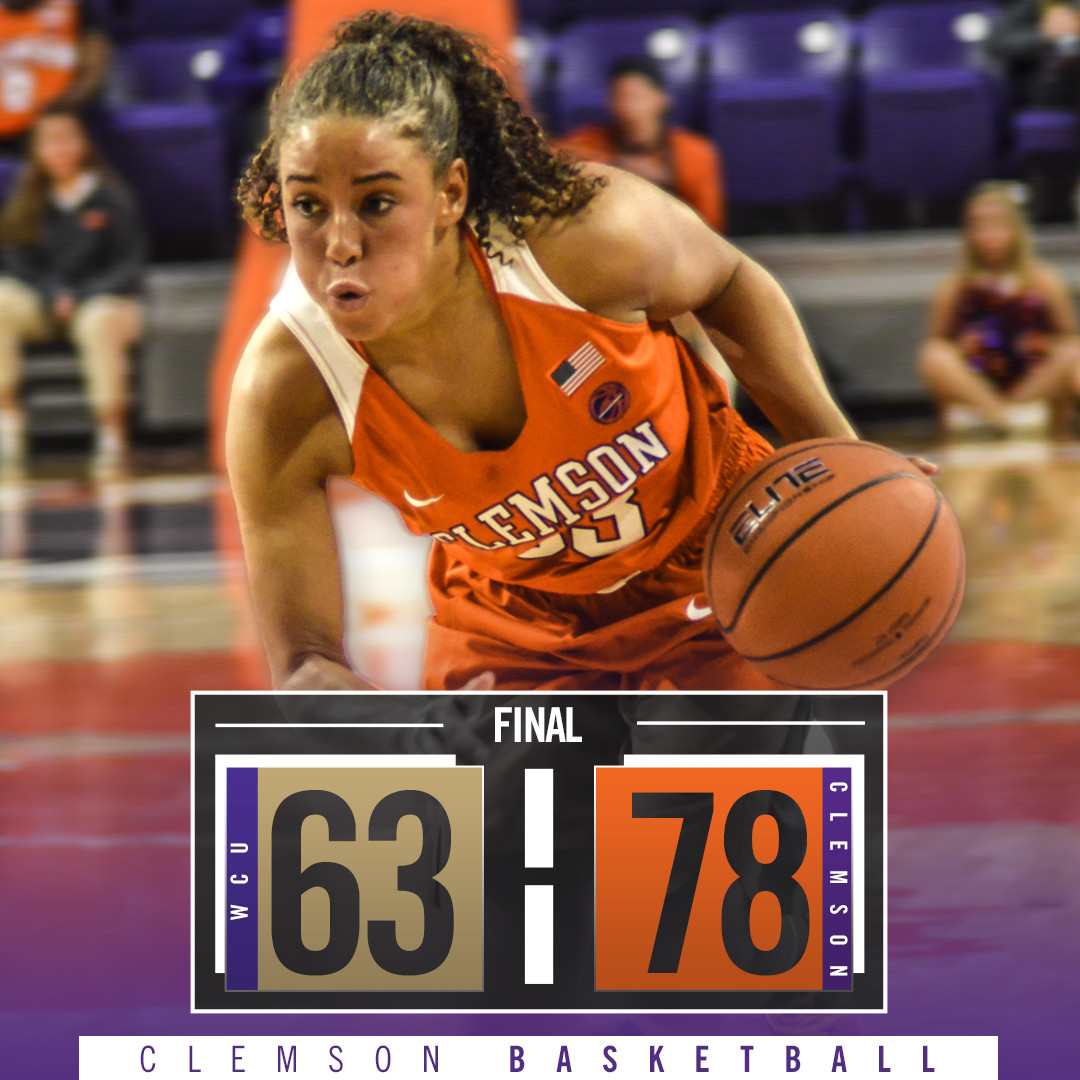 Clemson Moves to 2-0 with Win Over Western Carolina

CLEMSON, S.C. – Alexis Carter scored a career-high 20 points and Nelly Perry added 19 as Clemson defeated Western Carolina (0-1) 78-63 on Sunday afternoon at Littlejohn Coliseum to move to 2-0 on the season. The Tigers pulled away in the fourth quarter, outscoring the Catamounts 21-13, with a 10-3 run to start the period.

For the second-straight game, four Clemson players scored in double-digits as Jaia Alexander (14) and Victoria Cardaci (12) joined Carter and Perry. The Tigers held Western Carolina to only 29 second-half points on 10-for-29 shooting (32 percent) and forced 17 turnovers. Clemson shot 44 percent on the afternoon, including seven three pointers on 18 attempts.

The Tigers continue their season-opening, three-game homestand Wednesday evening at 6 p.m. against Georgia Southern. Clemson is looking for its first 3-0 start to the season since 1998-99.