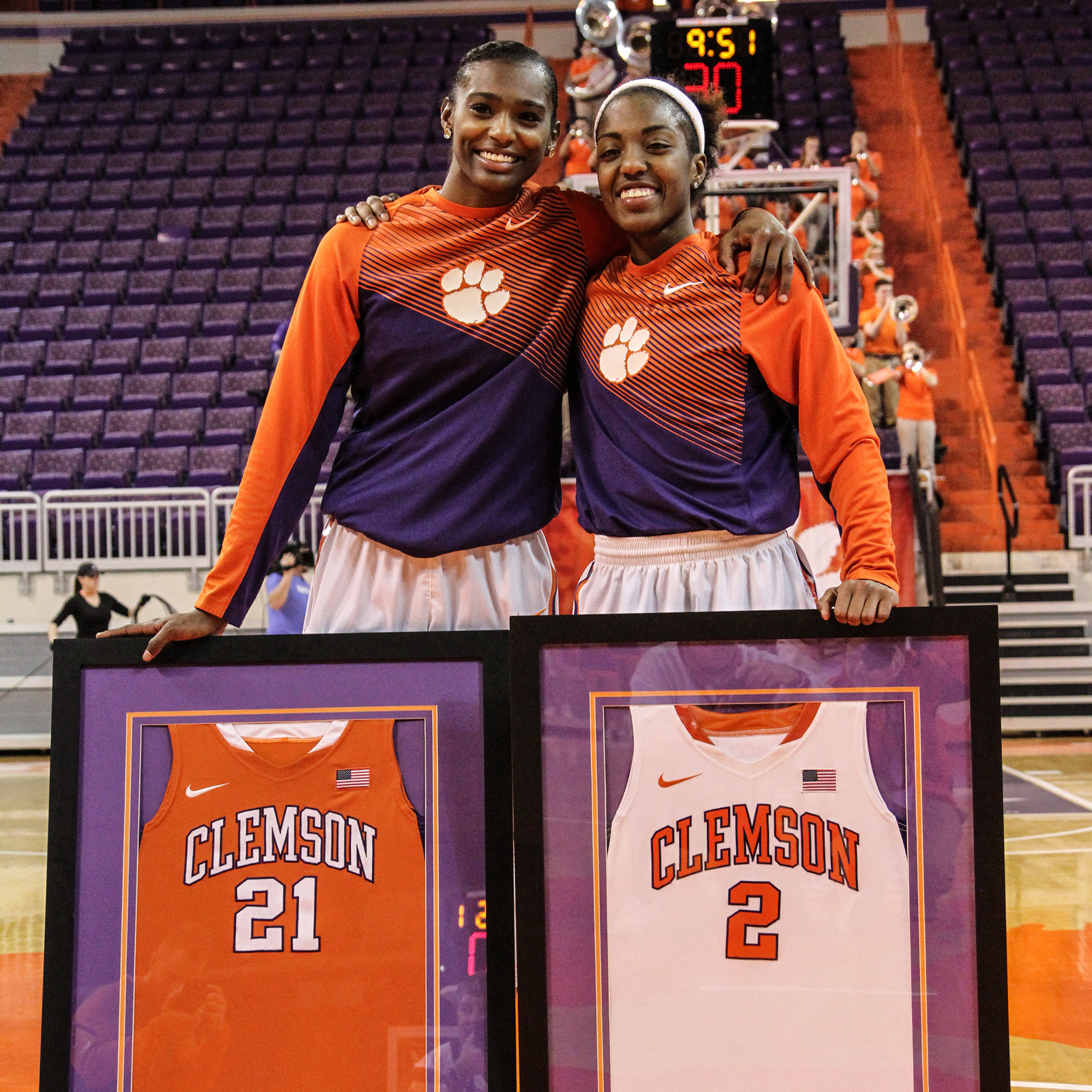 CLEMSON, S.C.– The 23rd-ranked Syracuse Orange (21-8, 11-5 ACC) spoiled Clemson’s Senior Day, withstanding a frantic comeback and defeating the Tigers, 60-55, in Littlejohn Coliseum Thursday night. Clemson (9-19, 1-14 ACC) cut a 16-point second half deficit to just one on a Shelbie Davenport three-pointer with 1:21 to play, but came up empty on the game’s final three possessions, while the Orange netted a pair of field goals.

Senior Nikki Dixon, one of the most decorated players in Tiger basketball history, finished the contest with 15 points in 38 minutes and moved into fifth in school history in scoring with 1,576 points. Fellow senior Chelsea Lindsay added seven points and also contributed four rebounds and had two assists against no turnovers as the point guard against the vaunted full court press of the Orange.

With the Orange leading 43-27 with 13:35 remaining in the game, a Francesca Tagliapietra three-pointer sparked the rally. After a three by Lewis, a pair of quick Dixon layups followed by an and-one brought the game within six points with Syracuse leading 50-44. After trading baskets, the Tigers cut the lead to 56-55 after a Davenport three-pointer, but the Orange hit a jumper to extend the lead and scored a layup on a long inbound pass with 25 seconds remaining to secure a 60-55 victory.

Tagliapietra and Davenport, both freshmen, joined Dixon in double figures with 12 and 10 points, respectively. Davenport tied a career high with eight rebounds and set a new mark with four assists, while Tagliapietra’s scoring total was a new career-best.

The Tigers finish the regular season this Sunday at 2 p.m. with a trip to Pittsburgh to play the Panthers. The ACC Tournament begins Wednesday in Greensboro, N.C., and the Tigers will learn seeding on Sunday.

“I’m really proud of the way Francesca Tagliapietra played tonight. She hadn’t been practicing due to her leg injury and her to come in and give us 12 points in 18 minutes and some scrappy play on defense and that’s what we need for her to continue to do. We had to go small and play all our guards and I feel like we did a really good job. I’m proud of the way they fought, but we have to learn to fight from the jump, not when our backs are against the wall. If we played like this from the beginning, I feel that we would have been able to win this game.”

At the Buzzer: Tiger Seniors Leave Their Mark

No matter the final score tonight between Clemson and Syracuse, this game was special because it marked the last time our two seniors, Nikki Dixon and Chelsea Lindsay, would suit up in their white uniforms and play a home basketball game for Clemson in Littlejohn Coliseum. The two seniors have done a lot for the program and I am honored to call them my former teammates and friends. Together they have filled the stat sheet, set Clemson records and led this program to an ACC tournament win and a win over a ranked opponent. However, in my eyes, they will be remembered for much more than just how they performed on the court during game time.

What I will always remember about Chelsea Lindsay is simply how much she has grown as a leader and a player in the four years I have known her and the three years I played with her. As a freshman, Chelsea was extremely quiet and reluctant to shoot anything but lay-ups. Now, as a senior, Chelsea’s growth as a scorer is evident as she is averaging career highs in scoring, three point attempts & makes and free throw percentage. Her growth as a leader has been exceptional as well. Chelsea now commands the floor and makes her presence known on the court vocally in every game.

As a freshman, the first thing I noticed about Nikki Dixon was that she could score, from anywhere on the court. Her scoring ability has only improved over her four years as a Tiger, as evidenced by her 1,574 career points. In my mind, Nikki will be remembered for her relentless competitive spirit and her ability to take over games with her offensive skills and ability. However, Nikki is more than simply a prolific scorer, she is also a tenacious defender. I have taken plenty of elbows from Nikki in practice simply because she was going so hard on the defensive end. The energy Nikki gave on both the offensive and defensive ends will always be remembered by Tiger fans.