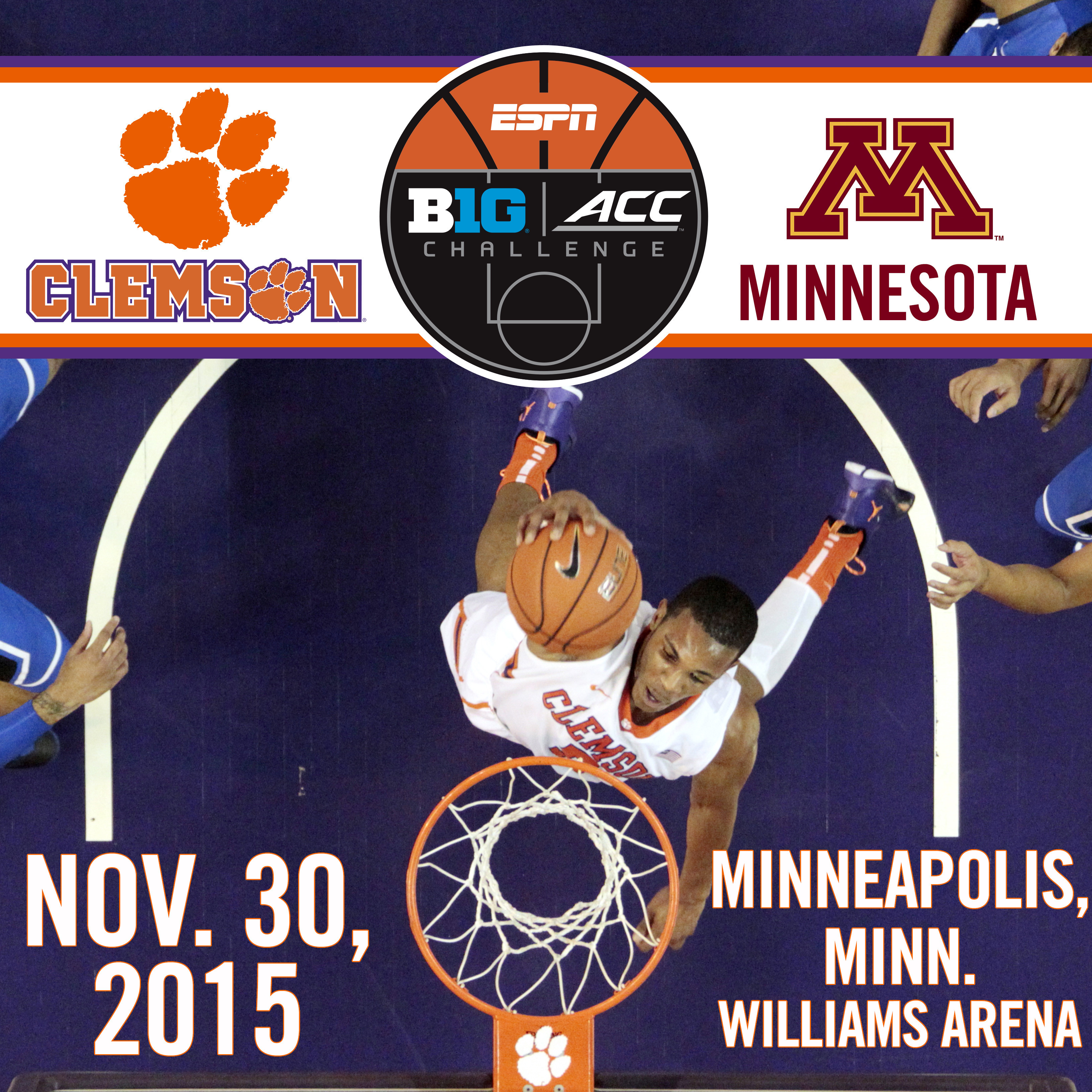 CLEMSON, S.C. — For the second time in the history of the event, Clemson men’s basketball will play at Minnesota in the 2015 Big Ten/ACC Challenge. The Tigers will face the Golden Gophers on Nov. 30, ESPN announced Wednesday. The exact game time and network will be determined at a later date.

• This will be Clemson’s first road game in the challenge since 2011, when Brad Brownell’s second team defeated Iowa by a score of 71-55.

• The Tiger program is 9-6 all-time in the Big Ten/ACC Challenge, including a stellar 5-2 mark on the road.

• Clemson has won its last four road games in the event, at Penn State, Minnesota, Illinois and Iowa.

• Graduate manager Vernon Hamilton was a senior that played in the 2006 game at Minnesota; he posted 13 points and seven assists in a contest that saw the Tigers make 12 three-point goals.

• Brownell has coached at Williams Arena’s unique elevated court previously as the associate head coach at UNC Wilmington, when the Seahawks beat the Gophers 58-50 in 2001-02.