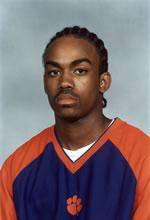 CLEMSON, SC – The Clemson men’s track and field team will compete at the University of Georgia Spec Towns Invitational on Saturday, Apr. 10. Teams participating include: Georgia, The Citadel, Georgia Southern, Charleston Southern, Clemson, Samford, UNC-Wilmington, East Tennessee State, Furman, Oglethorpe, South Carolina State, South Florida, Troy State, Western Carolina, Wallace State, Clark Atlanta, Savannah State, Kennesaw State and Auburn. Field events will begin at 11 a.m. with the men’s pole vault, while the women’s 5,000 meter will kick off running events at 11:30 a.m. More information regarding the Spec Towns Invitational and post-meet results can be found at www.georgiadogs.com. Saturday’s meet will be the final tune-up for the Tigers before the ACC Championships, which will be held on Apr. 16-17 in Chapel Hill, NC.

On the track, Marquis Andrews and Warren Eure will represent Clemson in the 400m dash. Ahmad Rutherford will compete in the 800m and Sean Reilly will take to the track in the 1500m run. Greg Isaacs and Eric Soder will contest the 5000m run, and Roy Cheney, Roy Cheney, Rashad Gardner, Scott Kautz and Lydell Perry will represent Clemson in the 400m hurdles.

Jason Bell is the only field event athlete that will compete for Clemson at Saturday’s meet. Bell will represent the Tigers in the triple jump.

Twelve Tigers have already qualified for the East Region Championships. Warren Eure have recorded a regional qualifying time of 3:09.18 in the 4x400m relay. In the field events, Adam Linkenauger, George Kitchens and Derek Gilson have each qualified for the East Region Championships. Linkenauger is a qualifier in the high jump, Kitchens wil compete in the long jump and Gilson is a double qualifier in the shot put and discus throw.