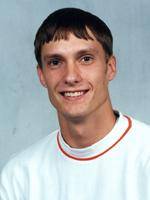 Clemson Men’s Track And Field To Compete At Penn Relays

CLEMSON, SC – The Clemson men’s track and field team will compete at the Penn Relays this Friday and Saturday, Apr. 25-26, at Franklin Field in Philadelphia, PA. The Tigers will be making their 15th-consecutive appearance at the event under Head Coach Bob Pollock, who will serve as this year’s collegiate referee at the meet.

The Tigers will begin competition on Friday at 12:00 PM, as the 4x100m relay team of Airese Currie and Tye Hill take to the track. That 400m relay team claimed the 2003 ACC Championship last weekend, the fourth consecutive year that a Tiger 4x100m relay team has captured the event. At 1:20 PM, the 4x200m relay team of Currie, Ronald Richards, Michael Bolling and George Kitchens and Roy Cheney, who won the ACC’s 110m hurdles event last weekend, will compete in the 110m hurdles trials. The Tigers will conclude Friday’s competition with the sprint medley relay at 6:20 PM. That team will be comprised of Currie, Richards, Spain and Marcus Hodge.