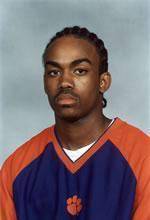 CLEMSON, S.C. – The Clemson men’s track and field team claimed six event crowns at the Solid Orange Classic held at the Rock Norman Track and Field Complex on Saturday. The Tigers, who competed in their final tune-up prior to next week’s ACC Championships, captured the 110m hurdles, 1500m, 3000m steeplechase, high jump, hammer throw and discus throw. Among the Tigers’ highlights was the regional qualifying performance of Lydell Perry in the 110m hurdles.

In the running events, Lydell Perry won the 110m hurdles with a time of 14.28, a season-best and regional qualifying performance.

Brent Hobbs placed sixth in the shot put with a season-best mark of 42’6.75″, and Ryan Koontz threw 35’2″ also in the shot put. Danny Alge was the event winner in the discus throw with his mark of 155’4″. Alge also picked up a victory for the Tigers in the hammer throw, posting a season-best mark of 184’5″, improving on his regional qualifying mark. In the javelin throw, Brandon Holmes recorded a mark of 153’3″ to place seventh.

The Tigers return to action on Thursday, Apr. 21, as they begin competition at the ACC Championships. This year’s conference meet will be held in Tallahassee, FL, and will conclude on Saturday, Apr. 23.