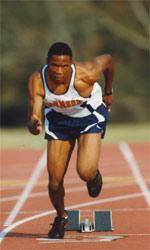 CLEMSON, S.C. – The Clemson men’s track and field team will open its 2002-03 campaign on Saturday, Dec. 7, as the Tigers travel to Boone, NC, to compete in the Third Appalachian Indoor Meet. The meet is slated to begin at 11:00 AM with the field events, and the track events will begin at 11:30 AM. The remainder of the schedule will roll following those first events.

The Tiger men’s track and field team is coming off a 2002 season in which Clemson finished seventh in the nation indoors and fourth at the NCAA Outdoor Championships.