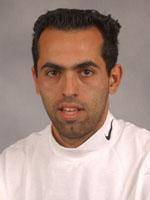 RALEIGH, NC – The Clemson men’s track and field team is in third place after the first day of competition at the ACC Outdoor Championships held at NC State’s Paul Derr Track. Florida State leads the meet with 74 points, NC State is in second with 40 points, Clemson is third with 39 points and Virginia is fourth with 34 points. North Carolina tallied 28 points for fifth place, Georgia Tech is sixth with 26 points, Duke has scored 20 points, and Wake Forest has tallied 12 points. The Tigers qualified 17 athletes for Saturday’s finals, and three Tigers earned All-ACC honors on Friday.

In Friday’s finals, Itay Magidi was the runner-up in the 3000m steeplechase with a season-best and regional qualifying time of 8:52.30, a time that moves him into fifth on Clemson’s all-time list in the event. Ryan Fenton recorded a personal-best time in the steeplechase and scored for Clemson with a time of 9:16.87. In the pole vault, senior George Kitchens and Derek Gilson was a scorer for Clemson in the shot put, recording a mark of 50’5.5″. Matt Pimentel scored for Clemson in the 10,000m, posting a personal-best time of 31:20.52 to place eighth.