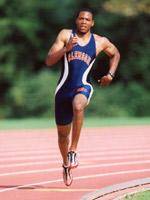 The Tigers won four events on Saturday, while 14 Clemson athletes earned all-conference honors. Clemson’s 4x100m relay team of Airese Currie and Airese Currie was the runner-up with a time of 10.52, and Roy Cheney were second and third in the 400m hurdles, recording regional qualifying times of 51.93 and 52.30, respectively. In the 5000m, Jason Meany clocked a regional-qualifying time of 14:17.81 to finish as the runner-up.

In other final action on Saturday, Airese Currie was a scorer in the 200m, posting a time of 21.69 to place seventh. All four decathletes scored for Clemson, led by Hill’s championship. Roy Cheney, Warren Eure and Otto Spain finished second with a time of 3:12.32.

The Tigers return to action next weekend as Clemson travels to the Penn Relays in Philadelphia, PA.