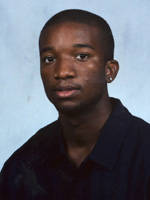 CLEMSON, SC – The Clemson men’s tennis team will play host to South Alabama and NC State this weekend at the Hoke Sloan Tennis Center. The Tigers will face South Alabama at 1:00 p.m. on Saturday, then open ACC play against NC State on Sunday at 1:00 p.m.

Clemson is ranked 45th, while Nathan Thompson broke into the individual rankings at 46th in the latest ITA poll released on Wednesday. Thompson has compiled a 13-4 overall record and an11-3 record dual matches. Nathan Thompson and Jarmaine Jenkins is ranked 21st in the doubles poll.

The Tigers are 10-4 overall this season, after posting a 4-0 record last weekend at the Clemson Spring Classic. The Tigers have recorded a 9-0 mark at home this season, including a 4-3 victory over then-6th-ranked Georgia on Jan. 26. Clemson has also posted home victories over Troy State, Gardner-Webb, Liberty, East Carolina, UNC-Greensboro, West Virginia, Tennessee Tech and St. John’s.

Clemson is 2-8 all-time against the Jaguars. The two teams last met in 2002, as the Tigers fell South Alabama by a score of 4-1 in Mobile, AL. The Jaguars are 6-2 this season, after upsetting then-29th ranked Mississippi State, 4-3.

The Tigers boast a 42-8 all-time record against the Wolfack. Clemson defeated NC State last season by a score 5-2. NC State is 2-6 overall this season, with victories over Appalachian State and Richmond.