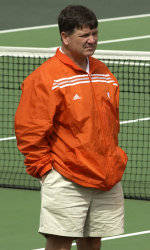 The Tigers are 13-14 this season and 1-6 in the ACC. Clemson’s Head Coach Chuck Kriese is in his 33rd and final season in 2008 as he has announced his retirement at the conclusion of this season.