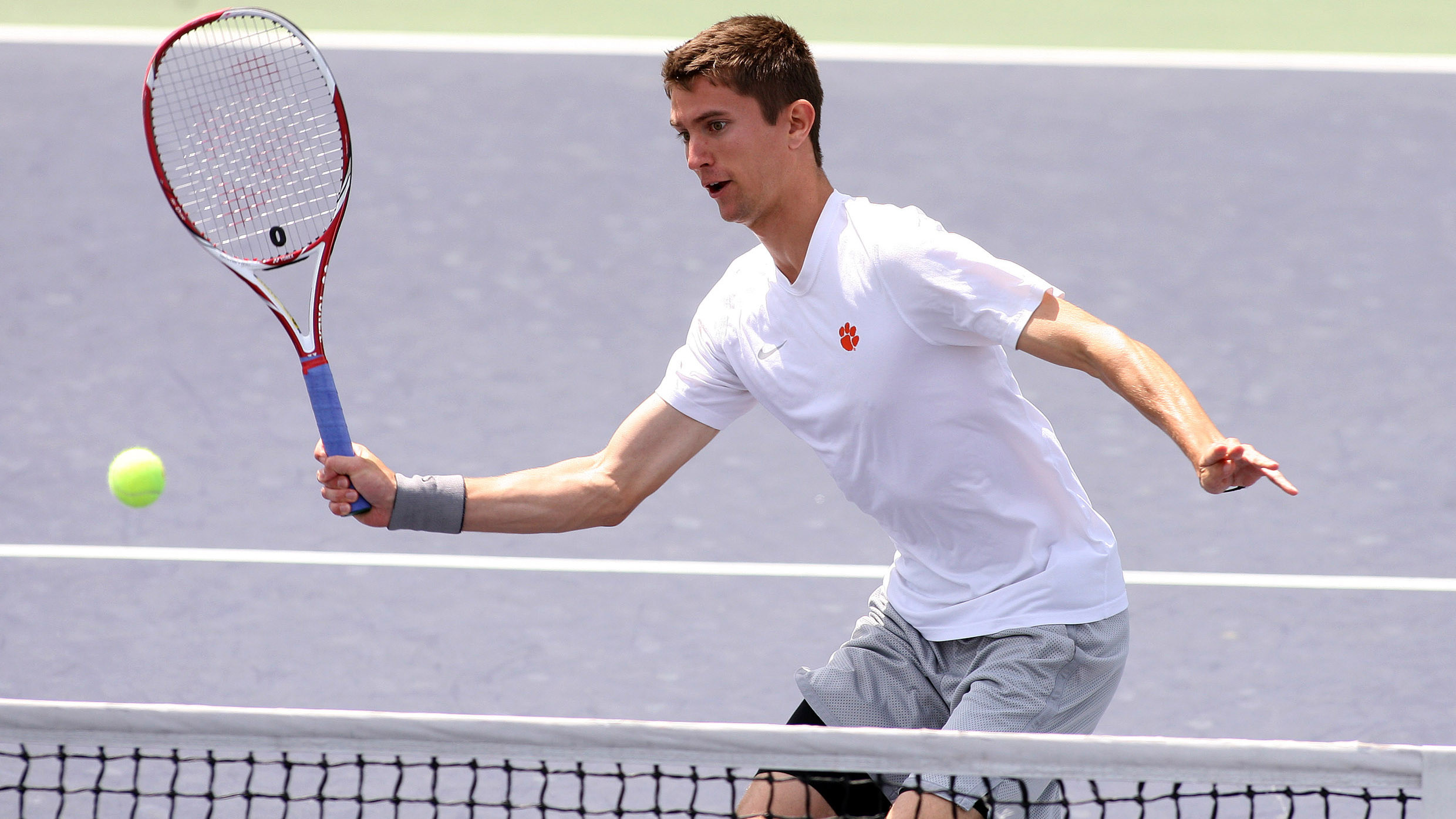 CLEMSON, SC – The Clemson men’s tennis team received a bid to play in the 2013 NCAA Tournament as announced by the organization Tuesday afternoon.  Clemson will play Boise State in the opening round on May 10.  The match will be played at the Barksdale Stadium in Knoxville, TN.”We are really excited and very anxious to play,” said Clemson Head Coach Chuck McCuen.  “The team is really excited and I can’t be more excited for a great group of guys.”The winner of this match will play the winner of the Tennessee/S.C. State match on May 11 in Knoxville, TN.  The Volunteers are the tournament’s seventh overall seed.Clemson has an 18-7 record overall this season.  Currently, the Tigers are ranked 26th nationally.  Clemson advanced to the semifinals of the Atlantic Coast Conference Tournament last weekend.  Boise State will enter the NCAA Tournament with a 20-9 record this season.  The Volunteers have a 22-7 record overall  while S.C. State has a 14-4 mark on the year.”The key to the success that we had this year is our attitude and willingness to stay after it,” said McCuen.  “They are always willing to grow and learn, and they approach every practice and every match with this mindset.  I know Boise State is a well-coached and experienced team that played a good schedule.  We look forward to the challenge, and we are so happy to be back in the tournament.”The Tigers’ Yannick Maden is ranked 23rd in the nation.  He is now 25-7 overall in singles and 19-4 in dual matches at number-one singles.The doubles team of Yannick Maden and Dominique Maden are ranked 11th as a doubles team according to the latest poll.  The Madens are now 22-6 on the year, and have a 12-3 mark in dual matches.This will be ninth meeting between Clemson and Boise State in men’s tennis.  Clemson leads the overall series 6-2.  The two teams last played on February 8, 2003, with Clemson taking a 5-2 victory.  Clemson has never played S.C. State before in men’s tennis.  The Tigers have played Tennessee 22 times previously and the Volunteers lead the overall series 15-7.  Clemson and Tennessee last met on February 24, 2012 with the Volunteers winning a close 4-3 match.This is the first NCAA appearance for Clemson since the 2007 season.  It will mark the 25th time that the Tigers have received an NCAA bid.  Over the years, Clemson has advanced to the NCAA Final eight on seven occasions and the NCAA Final 16 a total of 12 times.