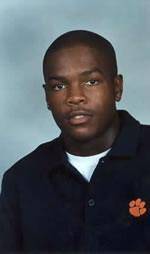 Mobile, AL — Following a close 4-3 loss to South Alabama, the 26th-ranked Clemson Men’s Tennis team was able to bounce back to blank Southern 7-0 on Saturday night. Clemson will begin ACC play next weekend against North Carolina.

Clemson improves to 14-4 on the season with the win. The Tigers will begin their ACC campaign on Saturday as they travel to face North Carolina in Chapel Hill.