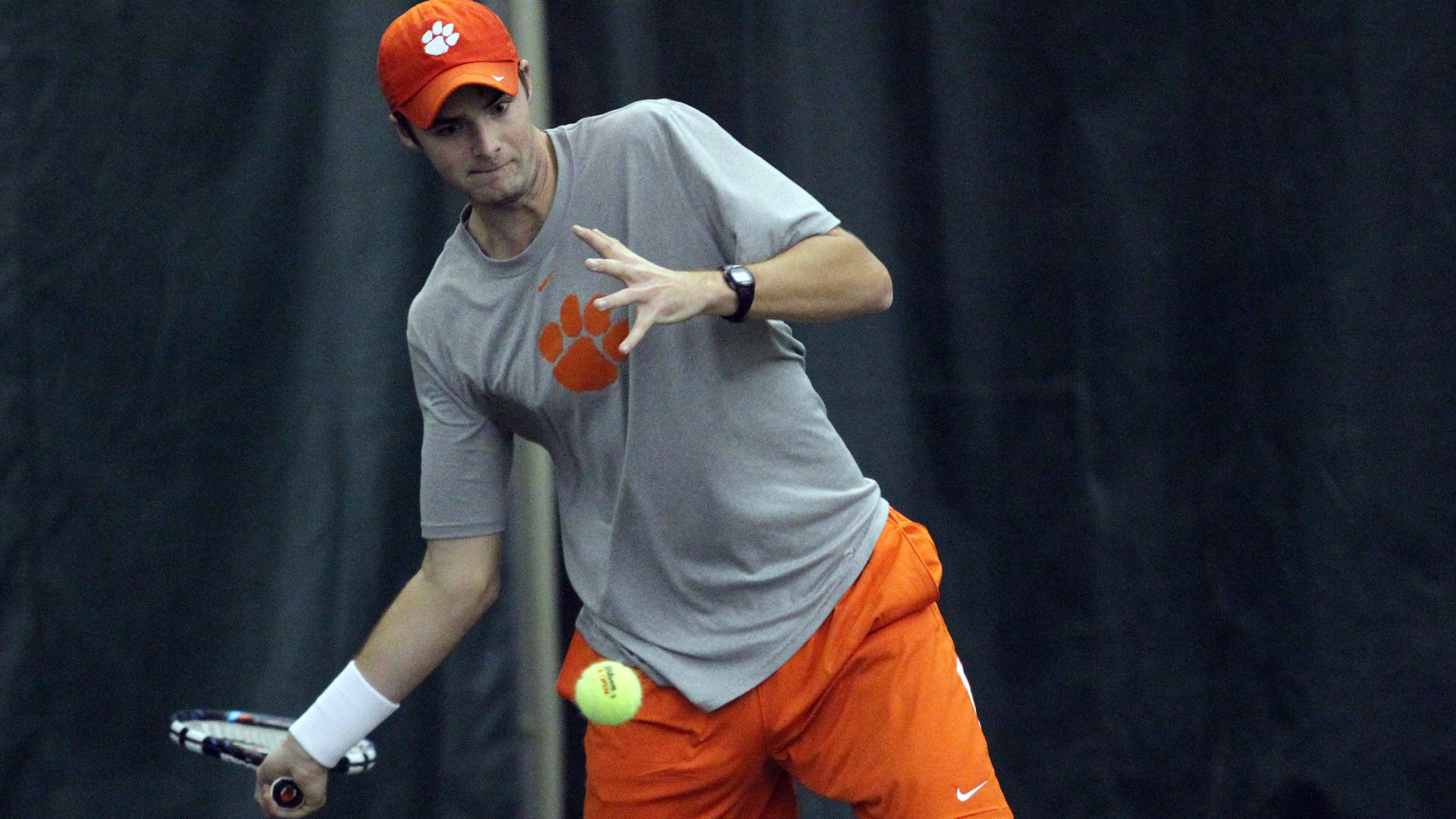 CLEMSON, SC – The Clemson men’s tennis team will be participating in the Intercollegiate Tennis Association (ITA) Kick-Off Weekend on Saturday and Sunday at Oxford, MS at the Gillom Sports Center. This weekend serves as the first and second rounds of the National Team Indoor Championships. Clemson, ranked 25th nationally will face 22nd-ranked Illinois on Saturday afternoon at 4:00 p.m. eastern time. In the other match, 10th ranked Mississippi will play 26th-ranked Michigan on Saturday morning at 11:00 a.m. eastern time. The two losers will meet at 10:00 a.m. on Sunday morning and the two winners will meet at 2:00 p.m. The team that wins both matches this weekend will advance to the National Team Indoor Final 16 in Houston, Texas Feb. 14-17. Clemson has a 3-0 record having opened the 2014 season this past weekend with home victories over Furman, Presbyterian, and Gardner-Webb. This year, Hunter Harrington leads the Tigers in singles victories with an 8-3 record overall. The doubles team of Harrington and Dominique Maden has a 6-2 mark this year. Clemson is ranked 25th as a team according to the latest ITA poll, and Illinois is 23rd in the ITA poll. Mississippi is ranked 10th and Michigan is ranked 26th. This will be the first dual match for Illinois this season.