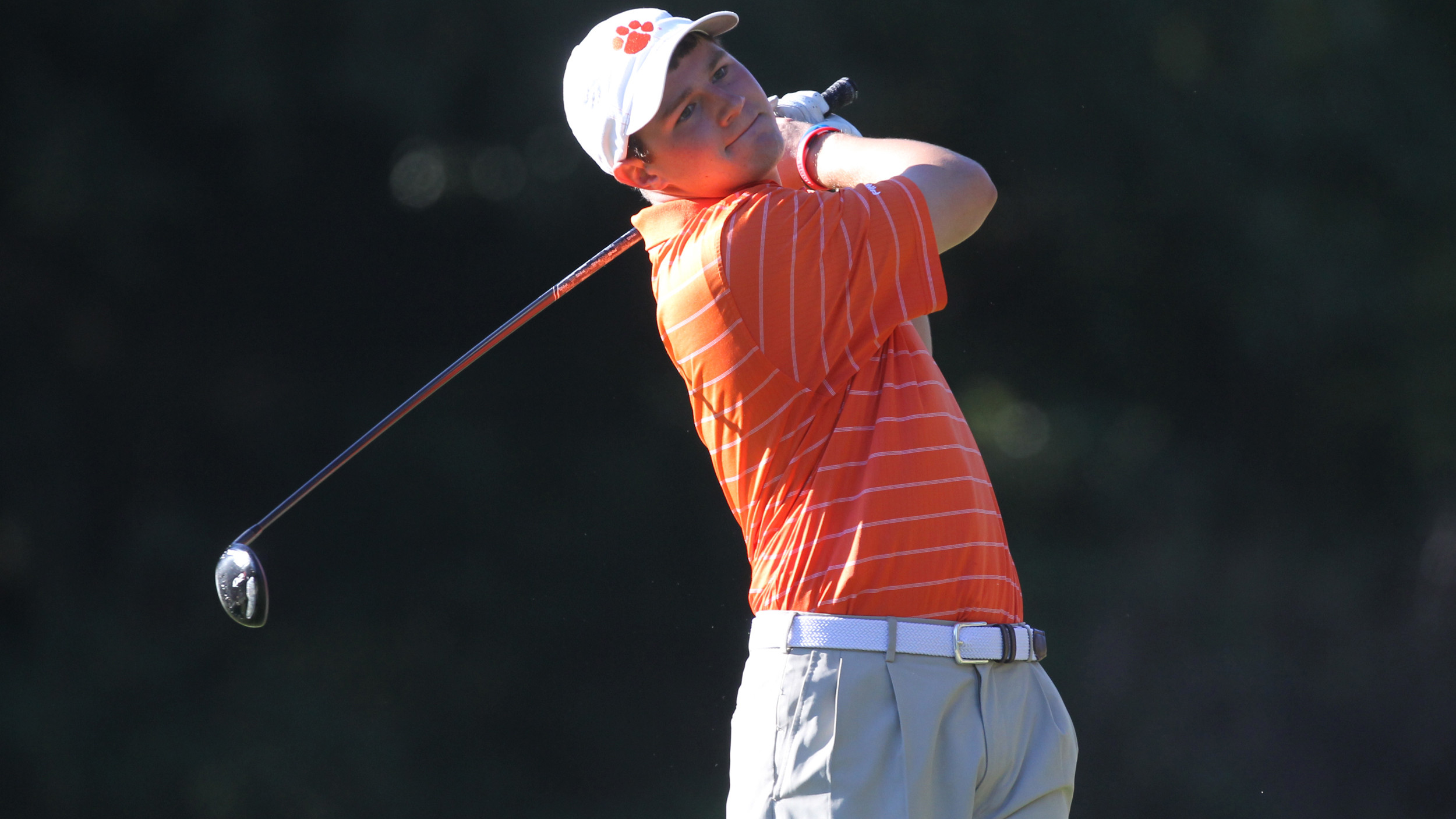 CLEMSON, SC- The Clemson men’s golf team will continue the 2013-14 season with spring play starting on Sunday. The Tigers will travel to San Juan, Puerto Rico to compete in the Puerto Rico Classic. The tournament, held at the Rio Mar Country Club River Course, will take place Sunday, February 23 through Tuesday, February 25.

The tournament features five top-25 teams, including Alabama, Georgia Tech and Georgia, all of whom are ranked in the top-10. Number-31 (Sagarin ranking) Clemson is paired with SMU and Northwestern to begin the tournament. Other teams competing in the 15 team event include ACC schools North Carolina, NC State, Virginia Tech.

The Tigers placed eighth last season and second in 2011. This will be the 22nd consecutive year Clemson has played in Puerto Rico. Clemson and East Tennessee State are the only schools to play in every tournament.

Clemson is sending all underclassman to compete in Puerto Rico. Sophomore Miller Capps leads the Tigers entering spring competition with a stroke average of 73.00. In the fall, Capps had five rounds at par or better and a top five finish at the Dick’s Challenge in Nashville, TN. This is Capps’ first time competing in the Westin Rio Mar Classic.

Stephen Behr and Cody Proveaux made the trip to Puerto Rico last year as freshmen. Proveaux placed 24th individually shooting 216 and Behr shot 221 to place 39th. During fall play, Behr had a stroke average of 73.17 over four tournaments while Proveaux had a 73.41 scoring average.  Proveaux claimed a top 10 at the season opening Carpet Classic in Dalton, GA with a score of 214.

Clemson junior Hayden Garrett will compete individually. Last spring in Charleston, Garret shot 216 with a second round 67 to earn co-medalist honors at the event. Over the summer, Garret finished second in the Greenwood Invitational, scoring a 140.