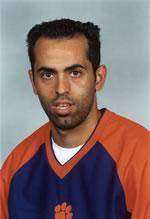 CLEMSON, S.C. – Clemson will compete in its second meet of the season on Sept. 20, as the Tigers travel to Athens to compete in the Bulldog Stampede. The men’s 8K race is slated to begin at 8:45 AM at the University of Georgia Golf Course off of Milledge Avenue in Athens. The field the Tigers will face on Saturday includes teams from Central Florida, Florida A&M, Florida Atlantic, Florida, Georgia, Georgia Southern, LSU, Mercer, South Florida, Vanderbilt and Wichita State.

Eleven members of the Clemson men’s cross country team will compete this weekend, including three Tigers who will make their collegiate debuts. Matt Pimentel, Clay Pendleton, Greg Isaacs, Mike Foley, Itay Magidi and Eric Soder will compete in a Clemson uniform for the first time on Saturday.

The last time Clemson competed at Georgia was in 2002, when the Tigers finished second behind the Bulldogs at the Bulldog Stampede. This season, Clemson has already defeated Georgia, as the teams faced off at the Western Carolina Invitational on Sept. 6 in Cullowhee, NC. The Tigers won that meet with a 23-point effort, as all eight Clemson harriers placed in the top 20.