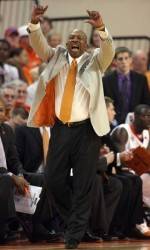  Clemson is coming off a 83-64 win over 12th ranked North Carolina. The Tigers have lost the first game after defeating a ranked team 14 consecutive times. The last win after beating a ranked team took place in 1997-98 when Clemson beat a ranked South Carolina team, then beat Seton Hall in the next game.

 This is the 25th straight poll Clemson has been ranked in the top 25 by at least one of the major polls. This is the second longest streak of top 25 rankings in Clemson history.

 Jerai Grant has made 19 of his last 24 field goal attempts. He scored 11 points at Duke, his high game in an ACC road game, then added nine in the win over Boston College.

 Clemson leads the ACC in steals and ranks in the top 10 in the nation with 11.2 per game.

 Clemson never trailed against North Carolina and held a double digit lead for the last 35:28.

 A win over NC State would give Clemson consecutive wins over North Carolina teams in the same week from the ACC for the first time since 1989-90.

 Clemson’s 19-point victory over North Carolina was the second largest victory margin for the Tigers over the Tar Heels since 1976-77.

 Oliver Purnell and his Tigers have beaten four Hall of Fame coaches in the last four years. That includes an NIT win over Jim Boeheim of Syracuse, two wins over Coach Mike Krzyzewski of Duke and the win over Roy Williams and North Carolina.