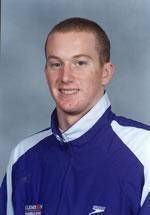 Boca Raton, FL – The Clemson men’s and women’s swimming and diving teams will face Florida Atlantic, Denver, and Utah in the FAU Winter Invitational to be held Saturday afternoon at the FAU Pool. Clemson has not seen action since November 17-20 in the Nike Cup.

The Clemson men’s team is coming off a strong showing in the Nike Cup, finishing second to meet host North Carolina. The Tigers have made a run at the all-time record books, setting 14 top-ten times, including Tommy Rappold’s Clemson best time of 47.76 in the 100 fly, as he won the event at the Nike Cup. Clemson’s freshmen have risen to the challenge, setting seven of the 14 top-ten times. Freshman Mark Vahle was victorious in the 50 free event at the Nike Cup with a time of 20.36. Defending Atlantic Coast Conference Champion Eric Shulick took top honors in the 1-meter diving competition with a score of 318.45. Rappold added to his victory in the 100 fly with a top finish in the 100 back with a time of 48.88.

The Clemson women’s team also performed well at the Nike Cup, finishing fifth in a strong field of competition. All-American Kim Routh won the 500 free (4:48.51) and the 1650 free (16:27.43). Routh finished the 1650 free nearly 27 seconds faster than the second-place finisher. Shastain Leathers finished second in the 1-meter diving competition with a score of 271.65, setting a new Clemson record.