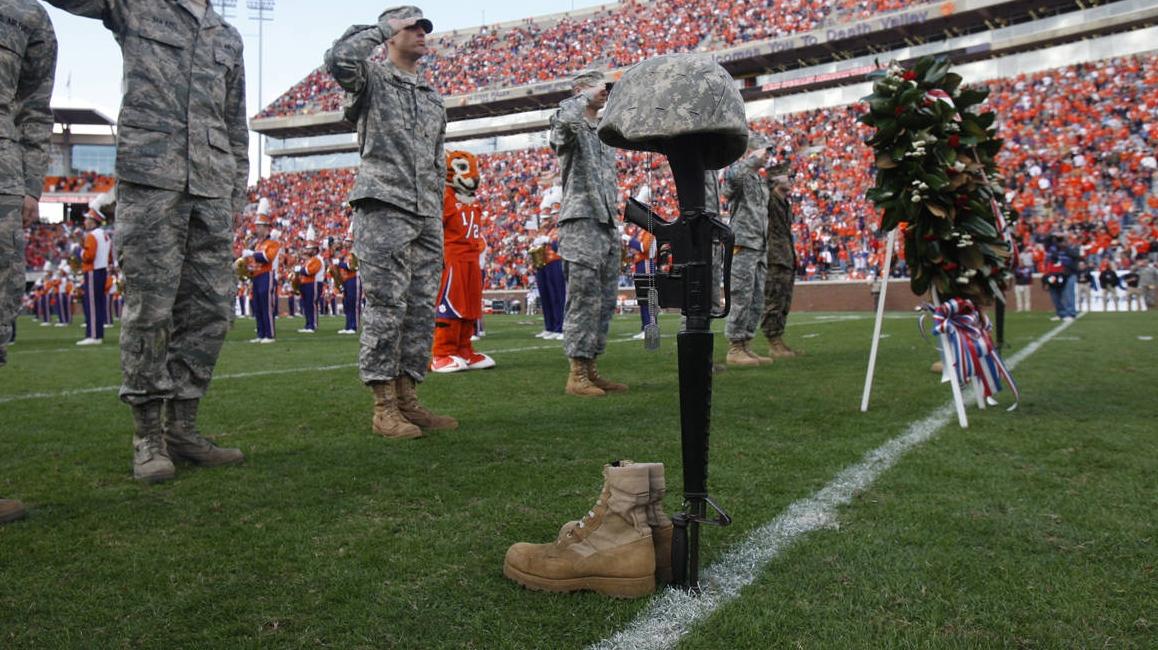 CLEMSON, SC – The Clemson University Athletic Department will pay tribute to veterans, fallen soldiers and those now serving in the armed forces as a part of the Military Appreciation Day program Saturday, Oct. 20, at the Virginia Tech football game.

It will include special recognition of Maj. Rudolf Anderson, a Clemson graduate in the Class of 1948 who died when his U-2 reconnaissance aircraft was shot down over Cuba in 1962, the only victim of enemy fire during the Cuban Missile Crisis. Anderson was the first recipient of the Air Force Cross. Oct. 27 is the 50th anniversary of his death.

The Army and Air Force ROTC units from Clemson and Virginia Tech are teaming up to run the game ball from Greenville to Clemson Thursday and Friday, Oct. 18-19, in memory of Anderson and all veterans. The 33-mile ball run will begin at 10:30 p.m. Thursday at the Cleveland Park Rudolf Anderson Memorial and end at the Scroll of Honor across the street from Memorial Stadium at approximately 2:45 a.m. Friday.

At 12:30 p.m. Friday, the Clemson and Virginia Tech cadets will participate in a 5-by-1 mile relay race that will end at the Scroll of Honor. Video footage and pictures from the run will be shown during the football game Saturday.

“The Rudolf Anderson squad was named after Maj. Anderson in 1980 in honor of what he did for our country and what he contributed as a Clemson alum,” said Col. James G. Riemens-Van Laare, commander of Clemson’s Air Force ROTC Detachment 770. “This tribute to Rudolf Anderson has a special meaning for the current Clemson cadets.”

Clemson Corps, Army and Air Force ROTC and the Student Veterans Association will be part of the parade and military procession that will lead the Tiger Band down Fort Hill Street prior to the game Saturday. After the Pledge of Allegiance, F15s from Seymour Johnson Air Force Base in North Carolina are scheduled to fly over the stadium. The game is set to kick off at noon.

Army and Air Force military equipment will be on display on Bowman Field Saturday before the game.

Military Appreciation Day T-shirts are for sale online and in stores in downtown Clemson.  Click here for details.