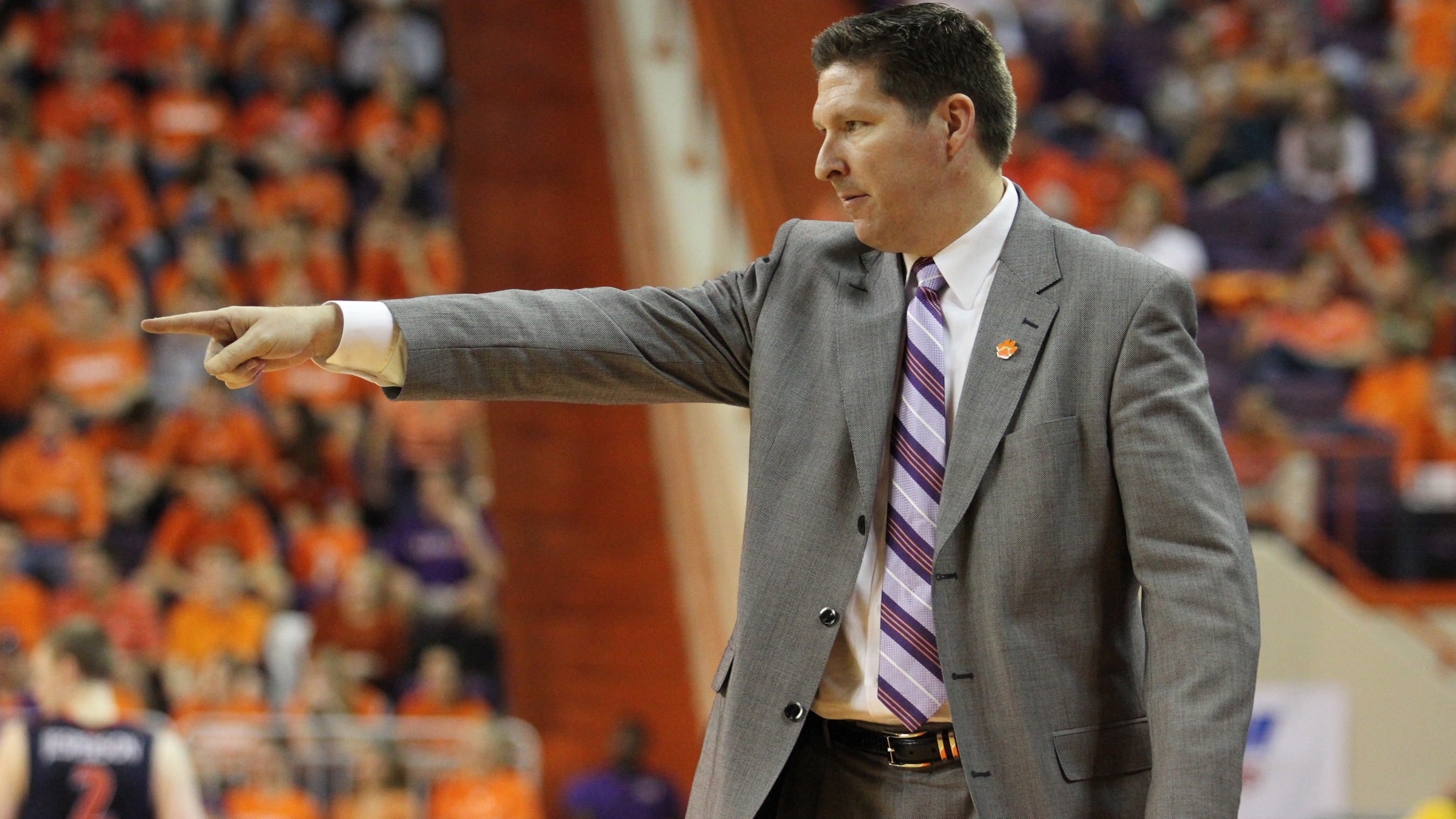 CLEMSON, SC – Clemson learned of its conference opponents and game sites for the 2013-14 men’s basketball season on Tuesday. The Atlantic Coast Conference announced that Clemson will play home-and-home series with Florida State, Georgia Tech, Pittsburgh and Wake Forest. The Tigers will play home games only against Duke, Maryland, Miami, NC State and Virginia. Clemson will play road games only versus Boston College, North Carolina, Notre Dame, Syracuse and Virginia Tech.The 2013-14 season will be the first with Notre Dame, Pittsburgh and Syracuse as members of the ACC. Clemson will play all three former Big East teams on the road – one of only two ACC teams charged with that scenario. Clemson has never played road games in its history against any of the three teams.Clemson is 2-1 versus the three schools combined, but has never played Notre Dame in men’s basketball. The Tigers are the only current ACC team that has not played the Fighting Irish. Clemson is 2-0 all-time against Syracuse and 0-1 versus Pitt.The 2013-14 games with Notre Dame and Syracuse will carry interesting family connections with them. Notre Dame guard Jerian Grant and Syracuse forward Jerami Grant are both younger brothers of former Clemson center Jerai Grant, who played for the Tigers from 2007-11. Jerai was an All-ACC Defensive Team selection as a senior and currently plays professionally in Italy. Jerian will be a red-shirt junior at Notre Dame, while Jerami will be a sophomore at Syracuse. All three are sons of former NBA player Harvey Grant, who began his collegiate career at Clemson.Clemson and Syracuse first played to open the 1960-61 season as part of the Midwest Invitational in Kent, OH. Clemson won the game, 78-67. The two teams played as recently as the quarterfinals of the 2007 National Invitation Tournament, in front of a capacity crowd in Littlejohn Coliseum. Behind a 29-point effort from K.C. Rivers, the Tigers won 74-70 to advance to Madison Square Garden in New York City. Though Clemson has not played a game at Syracuse, it has played in the Carrier Dome. The Tigers took on Seton Hall as part of the ACC/Big East Challenge in the facility on Dec. 4, 1990.The only meeting between Clemson and Pitt came in the 1958-59 season. The Panthers prevailed by a score of 60-50 over the Tigers as part of the Carousel Classic in Charlotte, NC.Clemson’s 2013-14 ACC Home GamesDukeFlorida StateGeorgia TechMarylandMiamiNC StatePittsburghVirginiaWake ForestClemson’s 2013-14 ACC Road GamesBoston CollegeFlorida StateGeorgia TechNorth CarolinaNotre DamePittsburghSyracuseVirginia TechWake Forest