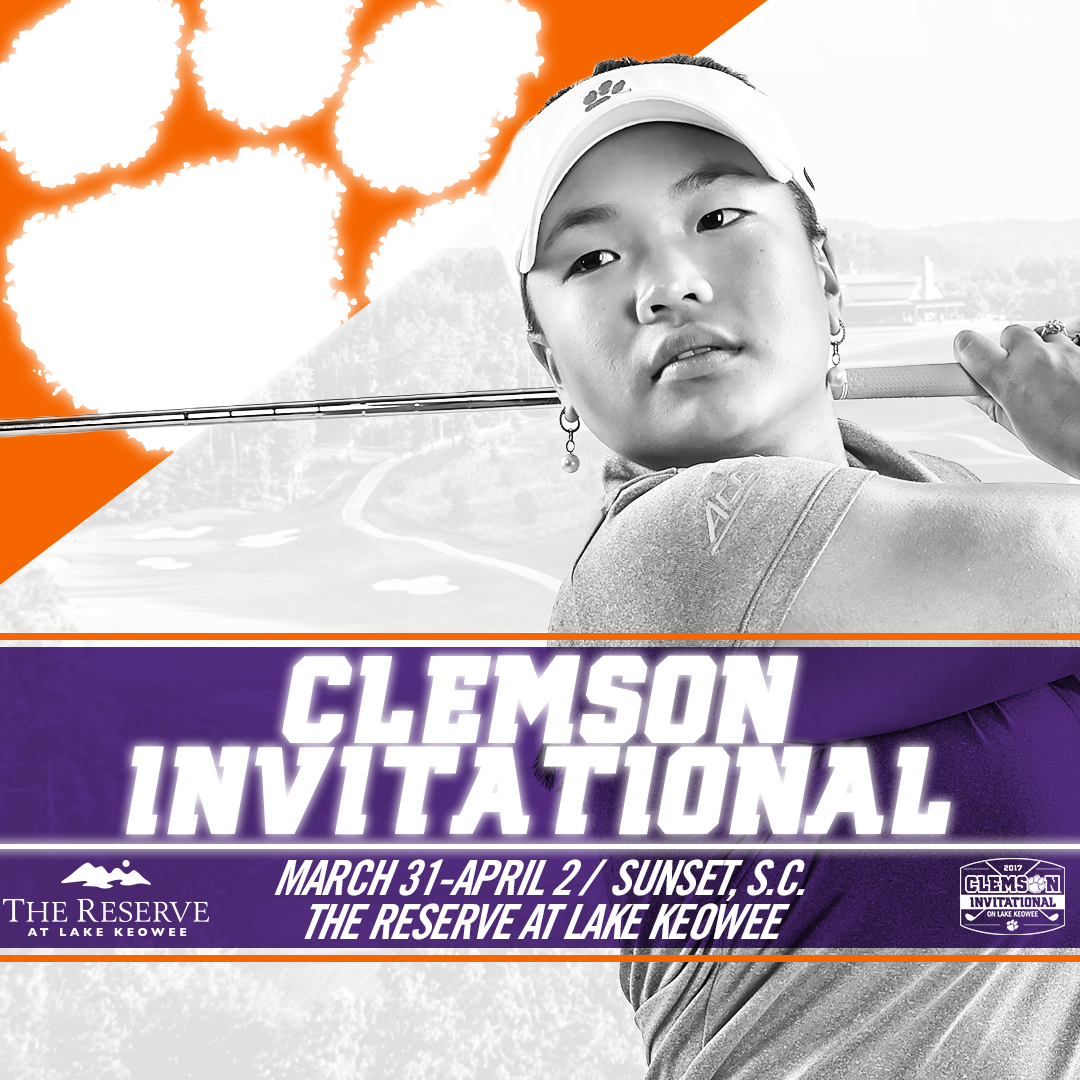 Clemson Invitational Begins Friday at The Reserve at Lake Keowee

Clemson, S.C.—Competition in the second annual Clemson Invitational women’s golf tournament will begin at 8:00 a.m. on Friday, and the Tigers will be in the first group off the first tee.   Clemson will be paired with fourth-ranked Florida State and Houston for the first round at the Jack Nicklaus designed Reserve at Lake Keowee Golf Club in Sunset, S.C.

Clemson’s first player off the first tee on Friday at 8: 00 a.m. will be junior Marisa Messana. Clemson players following her in nine-minute intervals will be Sydney Legacy, Ana Paula Valdes, Kennedy Swann and Alice Hewson. Hewson is ranked No. 31 in the nation and already has four top 10 finishes on her resume this year.

Three Clemson players will participate as individuals. Senior Jessica Hoang will start at 12:03 p.m., Ashley Czarnecki at 12:12 p.m. and McKenzie Talbert at 12:21 p.m.

Play in the three-day 54-hole tournament will continue Saturday and Sunday with tee times beginning at 8 a.m. each day. For complete tee times and results go to golfstat.com.

“We are thrilled to have a top notch field for the 2nd Clemson Invitational at The Reserve at Lake Keowee,” said Clemson Head Coach Kelley Hester. “It will be one of the best fields in the nation this spring. The Reserve is a wonderful host and we look forward to having some of the top teams in the nation come to the upstate of South Carolina.”

Clemson has had four top five finishes so far this year, already equaling the total of last season, including the program’s first victory at the UCF Challenge in Orlando, Florida in February.   The Tigers have played a schedule that includes 18 of the current top 25 by Golfweek and 36 head-to-head meetings with top 25 teams.   Clemson has won head-to-head matchups in tournaments against five of the current top 25.

Facts on the Clemson Invitational

Dates of Competition: March 31 to April 2

Course: The Reserve at Lake Keowee