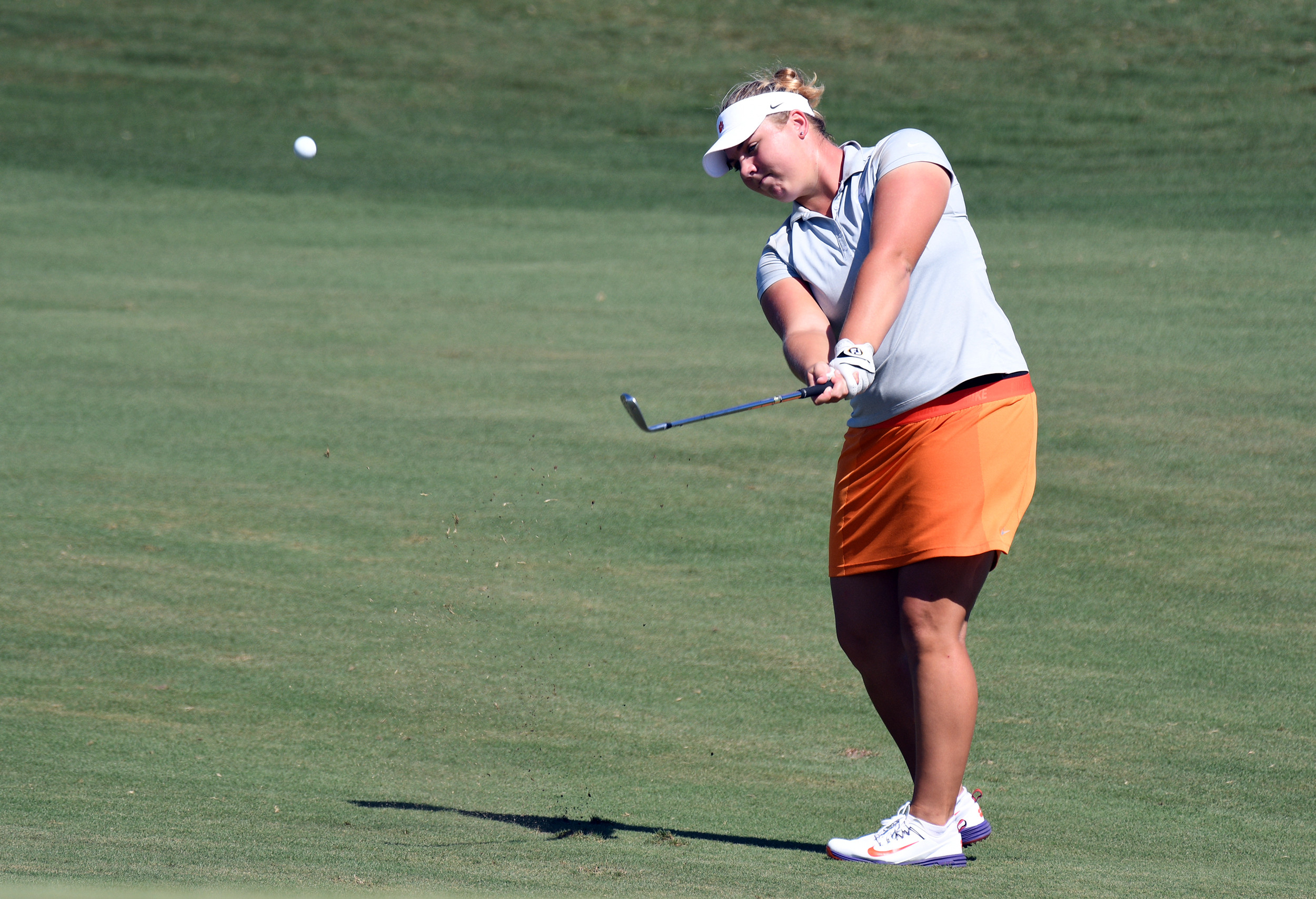 Clemson, S..C—Alice Hewson holds a one-shot lead in the individual race to lead Clemson to a third-place standing after two rounds of the Betsy Rawls Longhorn Invitational at the University of Texas on Monday.   The 15 teams in the field played 36 holes on Monday and will finish the 54-hole event on Tuesday.

Host school Texas has the team lead at 568, while Arizona State is second at 581. Clemson is third at 584 and is followed by fourth place Miami (FL) at 586. UNLV and Houston hold down fifth place with a 590 total.

Hewson had rounds of 70 and 67 on Monday to hold the individual lead with a 36 hole score of 137, seven under par.   The Clemson junior holds a one shot lead over Emilee Hoffman of Texas, while Sophia Schubert of Texas is third two shots back of Hewson.

Hewson finished with 10 birdies on the day, including seven in the second round, tying the Clemson single round record.   The native of Great Britain now has four rounds of 67 or better this fall and has six rounds under par out of eight so far. Hewson shot 32 on the front nine and her five-under par performance on par five holes was best in the field.

Clemson ranked second in total birdies with 35, and led the field in scoring on par five at 10-under par, five shots better than any other school. The Tigers also had the top performance on par three holes at seven under.   The only reason Clemson does not hold the tournament lead is its performance on par fours. The five Tigers are 35 over par on the par four holes, next to last in the field.

Ana Paula Valdes shot a second round 71 to help Hewson and stands in 32nd place at 148 through 36 holes. Valdes had a strong 34 on the back nine in the second round. Ashley Czarnecki had rounds of 75-74 on Monday and stands in 36th place individually.

The 15 teams will begin play with a shotgun start Tuesday morning on the par 72 University of Texas course that is 6,491 yards. 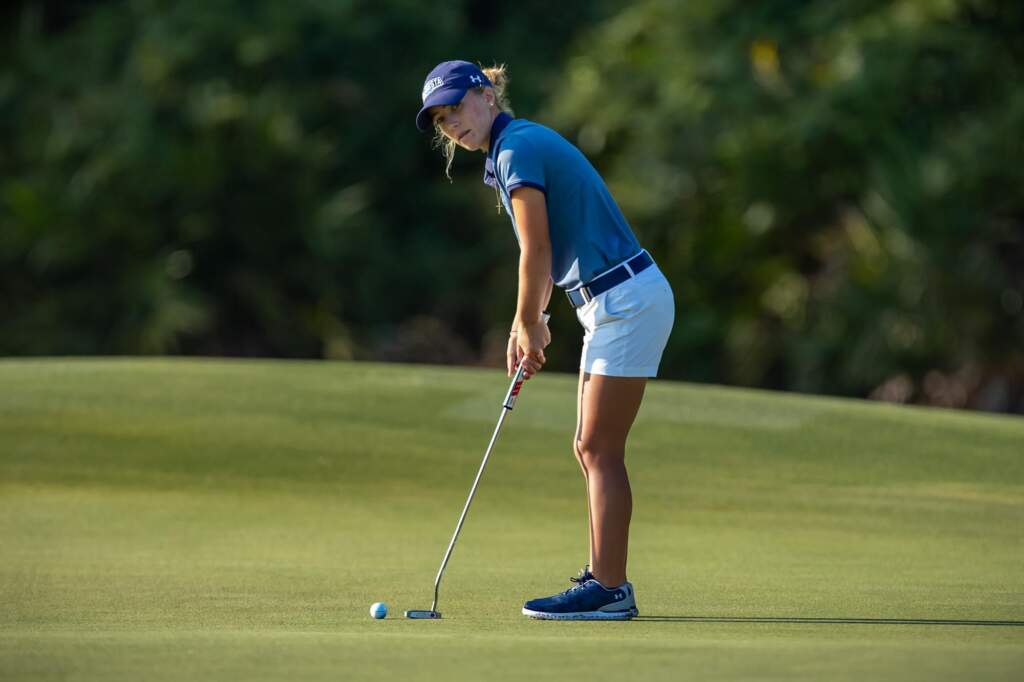