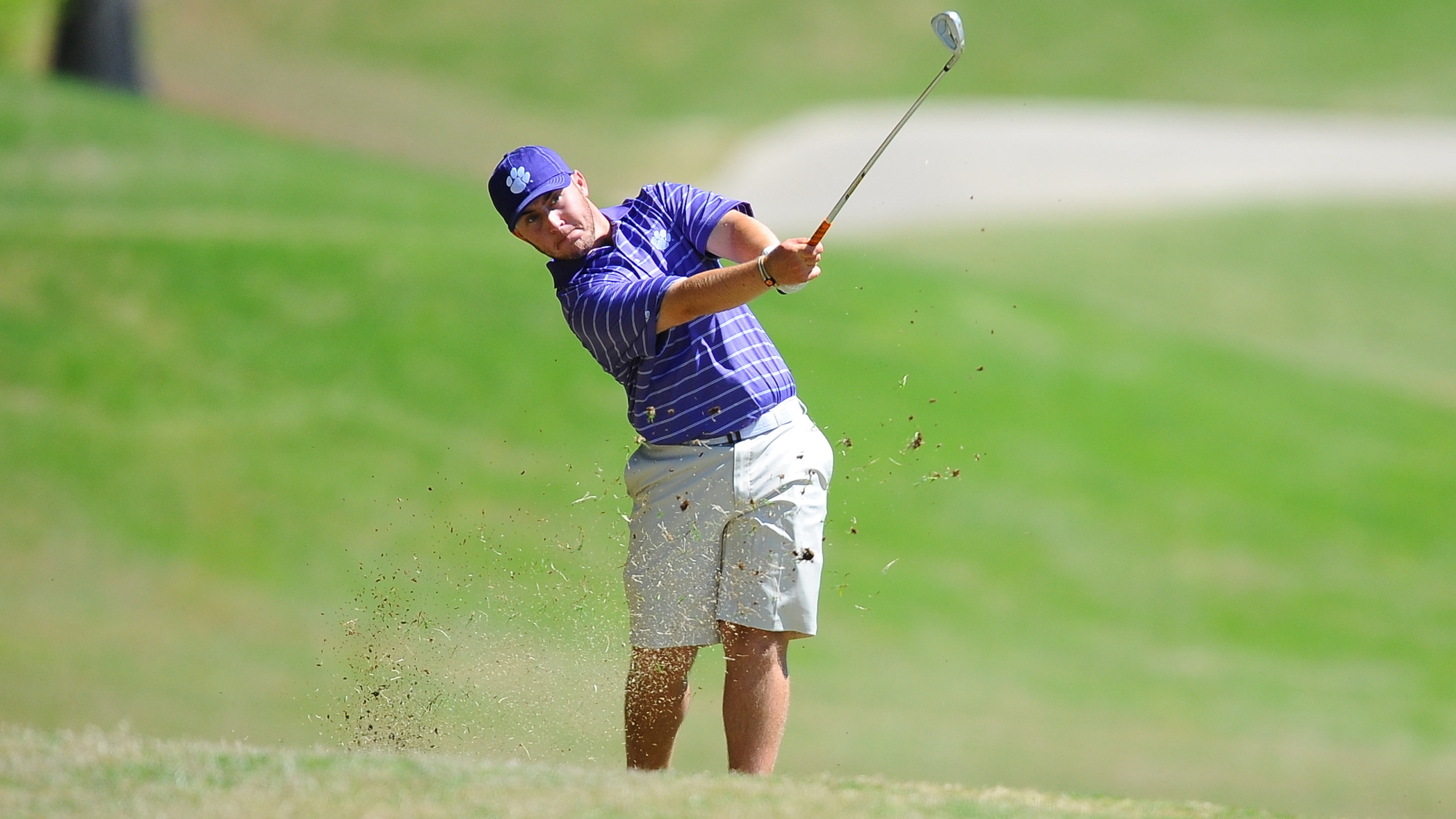 SUGAR GROVE, Ill. – Stephen Behr, Cody Proveaux, Austin Langdale and Carson Young all had rounds of one-over-par 73 on Friday to lead Clemson to a 292 team score and a third-place standing after two rounds of the NCAA Sugar Grove Regional at Rich Harvest Farms Golf Club in Sugar Grove, Ill.

Clemson rests in third place with a 36-hole score of 591, seven shots off the lead held by UAB.  Most importantly, Clemson is six shots ahead of sixth-place Purdue, who has a 597 score.  The top five teams in the 14-team regional after Saturday’s final round will advance to the NCAA National Championship Tournament in Hutchinson, Kan. on May 27.

For the second straight day the 14 teams started in poor weather.  In fact the start of play was delayed two and a half hours due to snow.  When the teams began at 10:30 Central time the temperature was 38 degrees and it was raining.

For the second straight day Clemson got off to a poor start and was at nine over par for nine holes and in sixth place at 20 over par for the tournament. But, for the second straight day, Clemson rallied.  The Tigers played the back nine in five-under-par as a team and jumped back to third place by the time the team was playing the final three holes.

“I am very proud of this team through two days,” said Head Coach Larry Penley.  “We have gotten off to a rough start each day, but they have not hung their heads and have battled back.  That is the sign of maturity, but we still have a young team with three sophomores and two freshmen.

“The key hole was really 17.  Our counting players made three birdies and an eagle on that hole.  We decided we had been giving that hole too much respect the previous day.  Today we went for the green with our second shots and you can see the results.

“We are not going into tomorrow to just try to make the five-team cut.  We want to win the golf tournament.”

As stated above, all four Clemson counters shot the same score, one over par 73.  In doing so, freshman Carson Young stands in a tie for second place in the individual race with a 145 total through two days.  He trails Illinois top player Brian  Campbell, who is at five under par.  Young is trying to become just the fourth Clemson freshman to finish in the top 10 of an NCAA regional.  The others are Richard Coughlan (1994), Gregg Jones (2001) and Kyle Stanley (2007).

As stated above, all four Clemson counters shot the same score, one over par 73.  In doing so, freshman Carson Young stands in a tie for second place in the individual race with a 145 total through two days.  He is trying to become just the fourth Clemson freshman to finish in the top 10 of an NCAA regional.  The others are Richard Coughlan (1994), Gregg Jones (2001) and Kyle Stanley (2007).Young finished strong on Friday with birdies on the 14th, 16th and 17th holes.

Freshman Austin Langdale started with three straight bogeys, but played the last 15 holes in two under par.  His day included the only eagle of the tournament so far by a Clemson golfer.  He hit his approach from 220 yards to within five feet on the par five 17th.hole. He also made an incredible par on the 15th hole when he skipped the ball across a lake into a bunker, then hit the bunker shot to within a foot of the hole to save par.

Stephen Behr was his normal consistent self with a 73 on Friday that included eight pars and a birdie on the back nine.  The Clemson sophomore stands in 21st place individually.

Miller Capps had his second straight 79, but he did have consecutive birdies on the 12th and 13th holes when he hit his approach shot inside two feet.