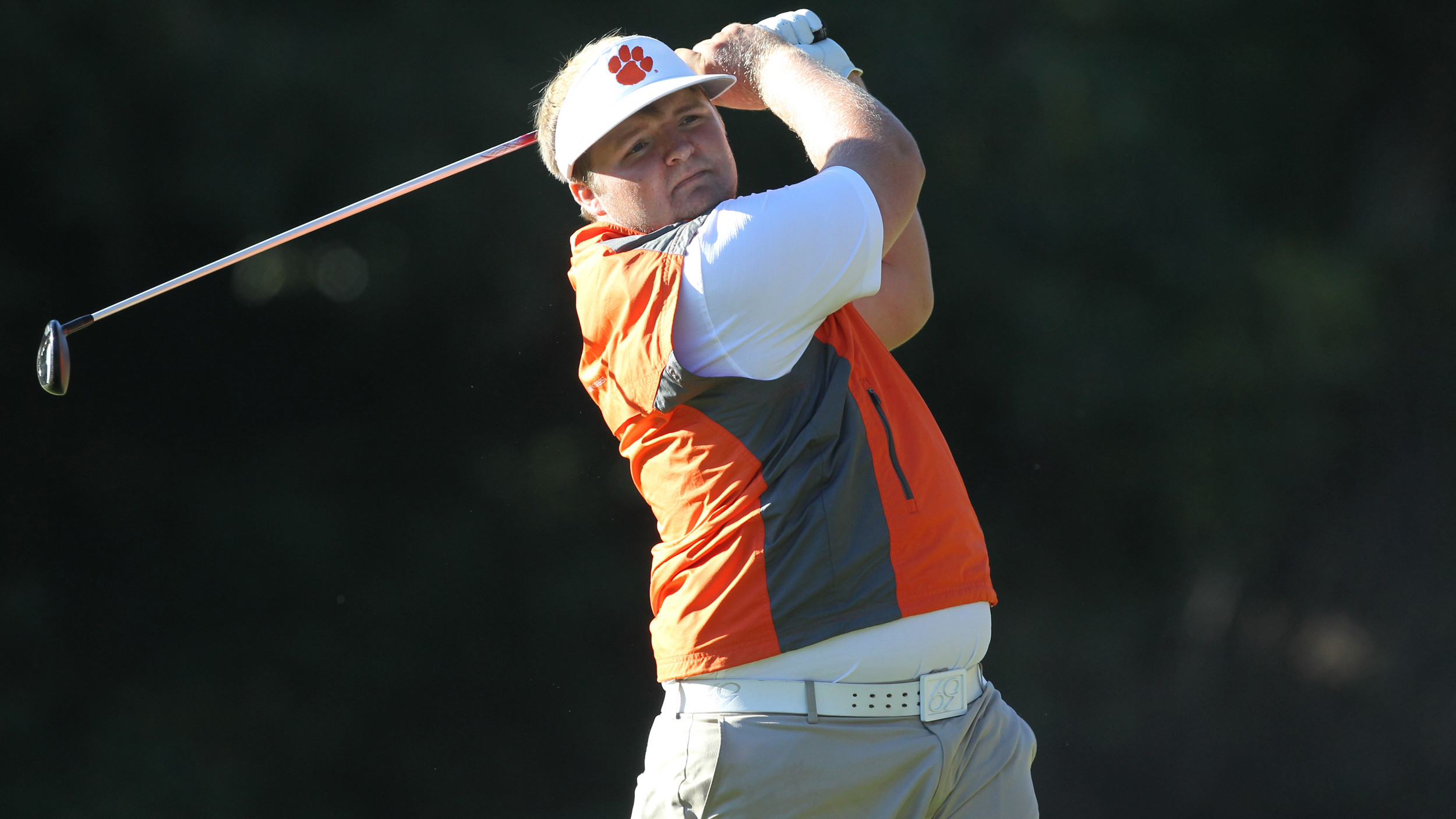 Clemson in Sixth Place after First Round of Puerto Rico Classic

EL GRANDE, PR – Cody Proveaux and Miller Capps both shot rounds of two-under-par 70 to lead Clemson to a sixth-place team standing after the first round of the Puerto Rico Classic. The 22nd annual event is played at the Par 72 Rio Mar Country Club River Course in El Grande, Puerto Rico.

Number-one ranked Alabama has the lead in the 15-team event with a 273 score, while Georgia and Georgia Tech are tied for second at 278. Purdue is fourth at 281 and Michigan is fifth at 285. Clemson is sixth at 287, two shots ahead of ACC rival Virginia Tech.

Capps and Proveaux are tied for 10th in the individual race with their scores of 70. Proveaux shot even par at the Puerto Rico Classic last year when his 216 total was good enough for 24th.

Capps had nine hole scores of 37-33. His back nine score of three-under-par 33 was the best among the Tigers. Proveaux had five birdies and three bogeys. Two of the birdies came on his last two holes of the day, number-four and number-5. He was one of just three players to birdie both of those holes today.

As a team, Clemson played the 18th hole strong, counting three of the nine birdies that were scored by the 75 players.

Freshman Austin Langdale shot a one-over-par 73 and stands in 33rd place individually. He had two birdies, a double bogey and a bogey to go with 15 pars.

Stephen Behr, who like Proveaux played in this event last year, had a two-over-par 74. Behr had five birdies, five bogeys and a double bogey and stands in 42nd place out of the 75 players.

Freshman Carson Young shot a seven-over-par 79 on Sunday and his score did not count towards the team score. He had a pair of doubles bogeys on the day and was four over par for his first three holes.

The action continues on Monday morning with the final 18 holes played on Tuesday.