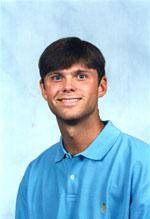 Clemson in Second Place after Two Rounds of Ping/Golfweek Preview

D.J. Trahan made a 14-stroke improvement in his second round over his opening 18, and Matt Hendrix shot a consistent three-over-par for 36 holes, leading Clemson to a second place standing after two rounds of the Ping/Golfweek Preview at Karsten Creek in Stillwater, OK.

The Tigers are in second place with a total of 592 after two rounds, 16-over-par. Clemson trails Augusta State by just one shot in the 15-team field that features the top teams in the nation. The 15 teams played 36 holes on Monday and Tuesday will conclude the tournament with 18 holes.

Clemson led after the morning round with an 11-over par 299 score. That was Clemson’s first over-par team round of the year as scores soared during the difficult playing conditions on the site of the NCAA finals next May 27-30. Clemson held the one-shot lead over Augusta State and Arizona on the par 72 course that measures a challenging 7290 yards.

The Tigers improved to 293 in the second round, but Augusta State improved to a three-over score of 291 and thus holds the one-shot lead over the Tigers. Arizona is thire at 19-over-par 595, while Auburn and Texas are tied for fourth at 596. Every school with the exception of Georgia Tech improved from the morning round to the afternoon round. The Yellow Jackets were 19 over in each round as a team and stand in 12th place with one round left.

Clemson is attempting to win this event for the third time in its history. Coach Larry Penley’s Tigers were victorious in 1990 and 2001. The Tigers are also trying to win three straight tournaments for just the second time in their history. The only other Clemson team to win three straight in a season was the 1985-86 team that won consecutively at the State Intercollegiate, the South Carolina Spring Valley Invitational and the Campbell Invitational.

Trahan had a wild ride on Monday as he shot an 83 in the first round, the second highest score of his Clemson career. He had nine-hole scores of 41-42 and his total did not count toward Clemson’s team total. But, the senior reigning national player of the year came back with a three-under-par 69 in the second round to lead the Tigers individually. He improved his score by exactly seven shots on each nine.

Clemson’s top player for the day was junior Matt Hendrix, who had rounds of 72-75. His three-over total is 13th after two rounds. He finished his second round with birdies on 17 and 18 after playing the first 13 holes at five over par.

Jack Ferguson, Clemson’s top player in the first tournament of the year in Japan when he shot a 204, had a 72 in the second round, but he was disappointed in his finish. The sophomore made a bogey on three of his last four holes to shoot the even par for the round. He was five under for holes 5-14 and was three under heading into the 15th tee. Ferguson stands 17th individually.

Gregg Jones, a junior second-team All-American, had rounds of 74-77 and is in 28th place at seven over par. Trahan stands in 34th place after his rounds of 83-69 and senior Ben Duncan is 42nd after consecutive 77s.

Only two players are under par for the tournament after two rounds, an example of the difficulty of the course. Emmett Turner and Scott Jamieson of Augusta State are both one-under par, 143 and hold the lead.