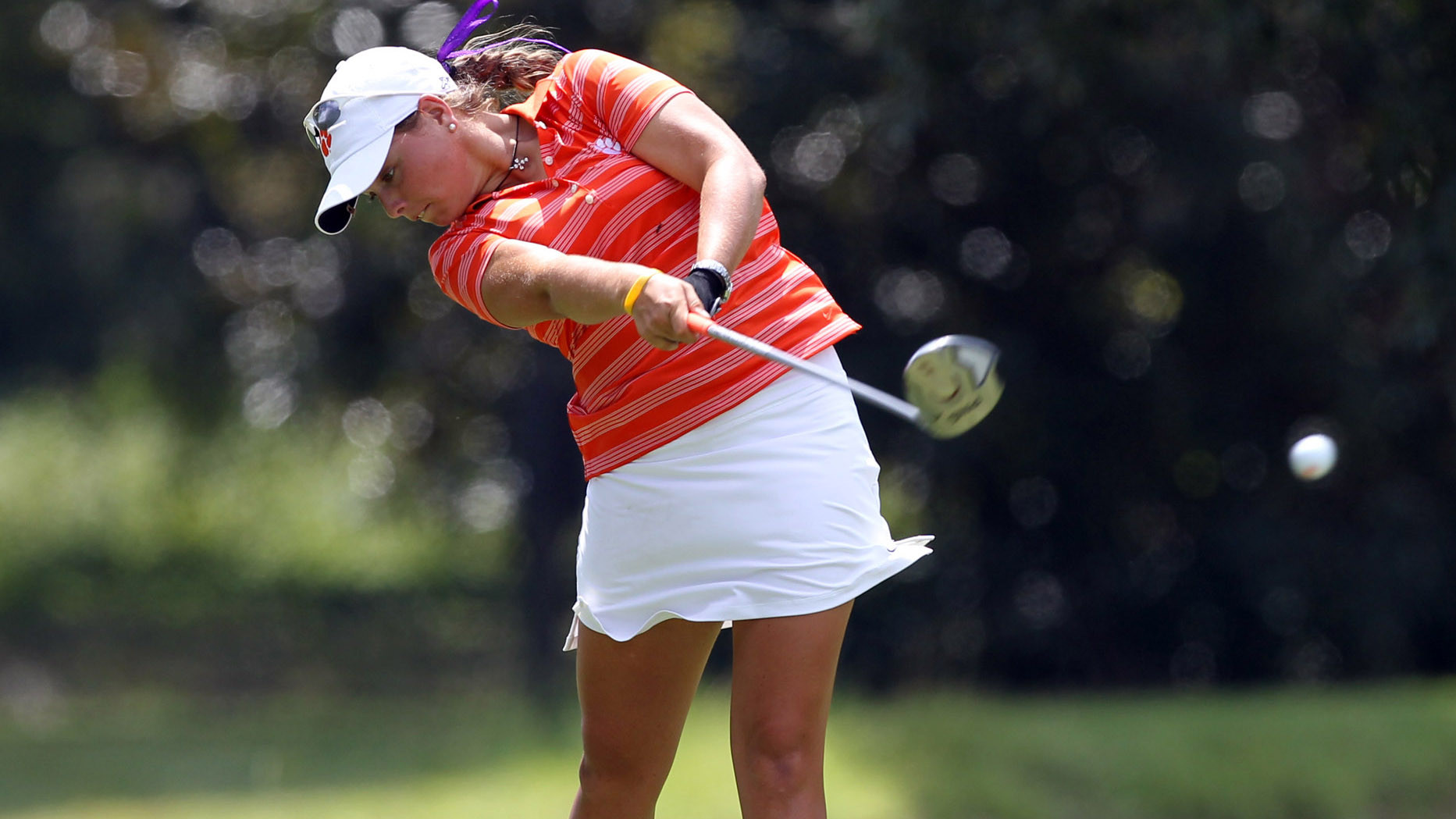 CLEMSON, SC – McKenzie Talbert fired an even-par 72 to lead 11th ranked Clemson to a fourth-place standing after one round of the Florida State Match-Up in Tallahassee, FL. The 54-hole event is played at the par 72 Southwood Golf Club near the Florida State campus.

The 11-team field includes ACC teams Clemson, Florida State and Virginia and SEC schools South Carolina, Texas A&M, and Mississippi State. Notre Dame, in its first year in the ACC, was suppose to be in the event, but travel problems prohibited the Irish from competing.

South Carolina and Texas A&M are tied for first after the first round with 293 scores, while host school Florida State is third at 294. Clemson is fourth with a 297 team score, while Virginia and Mercer are tied for fifth at 298.

Talbert, who was third on the Clemson team in scoring average for the four fall events, had three birdies and three bogeys in scoring her even par round. The native of Edgefield, SC had all three of her birdies on par four holes. Two of her three bogeys were on par three holes. The 72 tied for her second best round of the year and she is tied for fifth best individually.

Ashlan Ramsey and Sloan Shanahan, both ranked in the top 30 in the nation by Golfweek/Sagarin Rankings entering the spring season, had scores of two -over-par 74 and rank in a tie for 12th place individually. Ramsey, who had a 70.75 stroke average in the fall, posted a double bogey on the par four 12th hole. Her only birdie of the round came on the first hole, her 10th hole of the day.

Shanahan, who had a 72.00 stroke average in the fall, got her spring off to a rough start with bogeys on two of her first three holes. But, she finished with 16 consecutive pars to finish at 75.

Lauren Salazar had a triple bogey seven on the par four ninth hole, her last hole of the day and finished with a 77. Her only birdie of the day was on the 14th hole. Jessica Hoang scored an eight and did not count towards Clemson’s team score, but the native of North Augusta, SC did par her last five holes to finish strong.

Taylor Ramsey, playing as an individual, had a 79 on Friday’s first round.