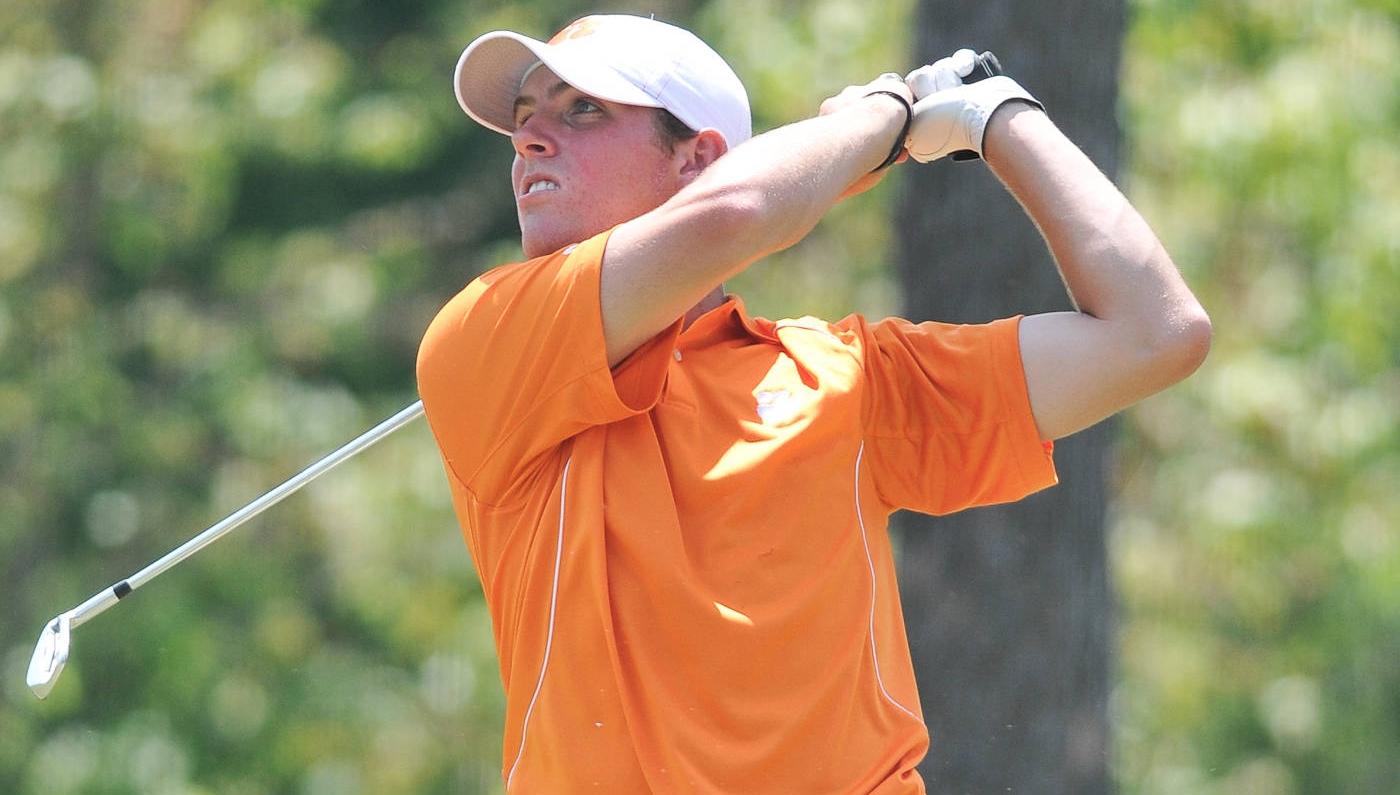 Clemson Improves to Tie for Third at Carpet Classic

CLEMSON, SC – Red-shirt freshman Stephen Behr fired a second round 69 to lead Clemson  to a 281 team score on Saturday and a tie for third place at the Carpet Classic at Dalton, GA.  Clemson’s seven under par team score was second best among the 15 teams in the field on Saturday.  Only Texas  incredible 22 under par 266 was better.

The 15-team event being played at The Farm, a par 72 course, is one of the top tournaments of the fall season and includes top ranked Alabama and second ranked Texas.

Clemson is tied for third after 36 holes with top ranked Alabama and LSU at three under par, 573.  Texas shot  is in first place at 17 under.  Georgia is second at 14 under.

Clemson had two players fire two under par scores of 70 in the second round.  Senior Crawford Reeves had a 70 thanks to seven birdies, including four between holes 1-6.  It was a four-shot improvement over the first round for the senior from Greenville, SC. He improved from 38th to 19th place in the individual race.

Freshman Cody Proveaux had his second straight round of even par of better.  He had a terrific round going, but made bogey on his last three holes, the seventh, eighth and ninth holes on the course.  But, he is still in 16th place after two rounds, second best among Clemson’s five golfers.

The 15-team field that includes seven of the top 25 teams in the nation concludes the tournament on Sunday morning and afternoon.