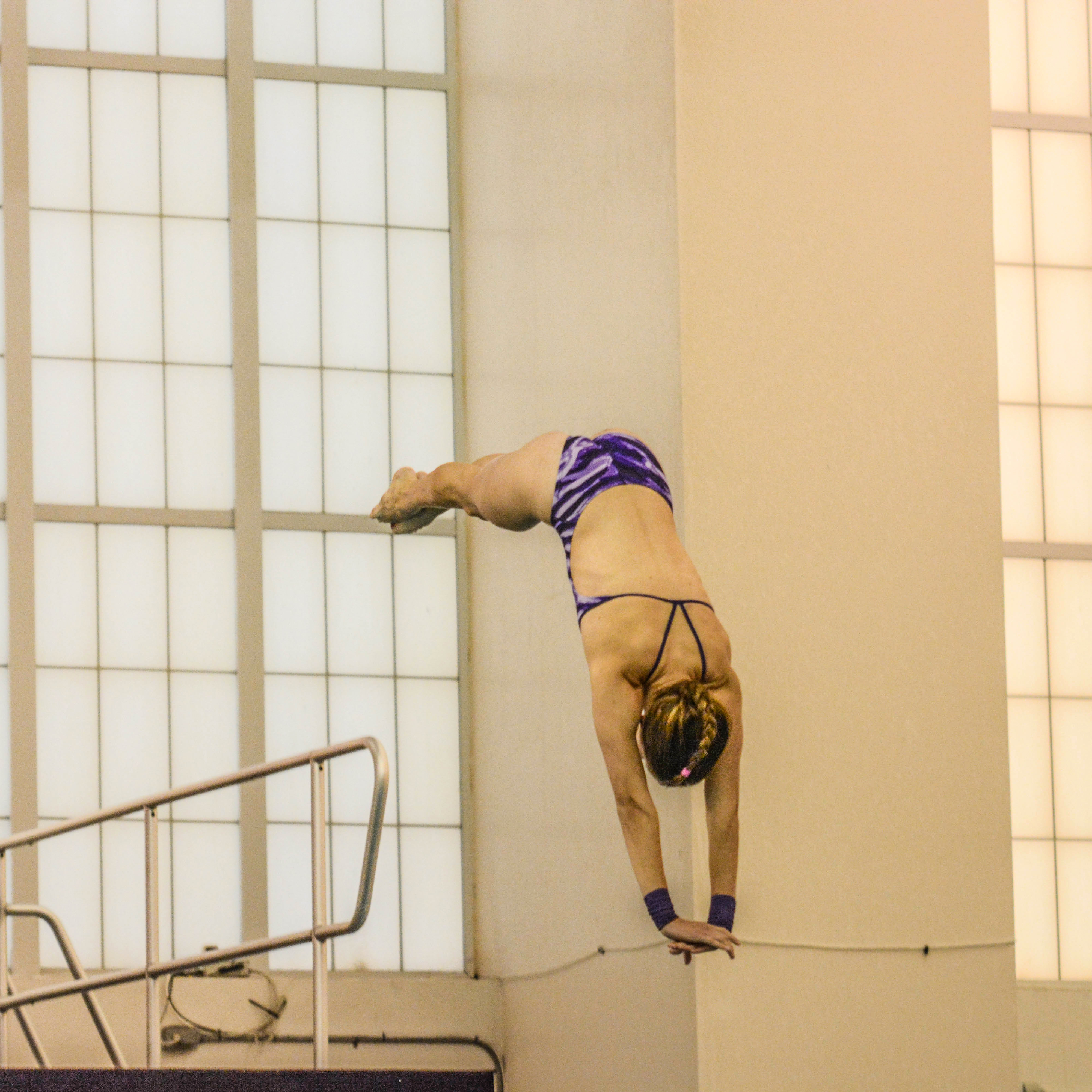 CHAPEL HILL/DURHAM, N.C. – Six members of the Clemson diving team – Jaya Brown, Hannah Donovan, Morgan Fiske, Caylin Hirapara, Megan Helwagen and Erin Lee – competed in the one-meter, three-meter and platform events at the Janis Hape Dowd Nike Cup Invitational Nov. 19-21. Earning 81 team points, Clemson placed third overall, finishing behind nationally-ranked North Carolina (#2) and Duke (#21) and ahead of six other opponents, including NC State (#10). Hirapara shined for the Tigers, garnering NCAA Zone B qualifying scores, as well as season-best scores, in all three events. She is the only Tiger to qualify for the Zone meet in all three events so far this season.

In the one-meter, Brown was Clemson’s top finisher with a 255.55 in the preliminary round, earning a spot in the event finals. She went on to tally a 249.65 in the finals, good for an eighth place finish in the field of 39 divers. It was the best finish by a Tiger in the event. Donovan, Helwagen, Hirapara and Lee earned consolation finishes, and the chance to complete six additional dives to round out the ninth through sixteenth place positions. In the consolation round, all four divers bettered their preliminary scores, three of four recorded season-best scores, and Helwagen and Hirapara earned Zone-qualifying scores.

Clemson also dove well in the three-meter, placing three of the six divers in the consolation round after preliminary dives, with all three finishing in the top 16 out of 37 competitors. Donovan finished 16th with a score of 273.45, a season best, while Helwagen and Hirapara paced the Tigers with scores of 302.95 and 282.35 which garnered them 10th and 12th place finishes, respectively. Helwagen and Hirapara’s scores were both Zone qualifiers for the three-meter.

The platform event was held at Duke University’s Taishoff Aquatic Pavilion, and marked the first time this season that Clemson entered divers in the platform competition. Donovan, Helwagen and Hirapara represented the Tigers, with Hirapara finishing as the team’s top performer. With no preliminary or consolation dives, she made the most of her five dives, earning a fourth-place finish with a personal-best and Zone-qualifying score of 232.85. It was the third Zone-qualifying mark in three events over the three-day meet for the freshman.