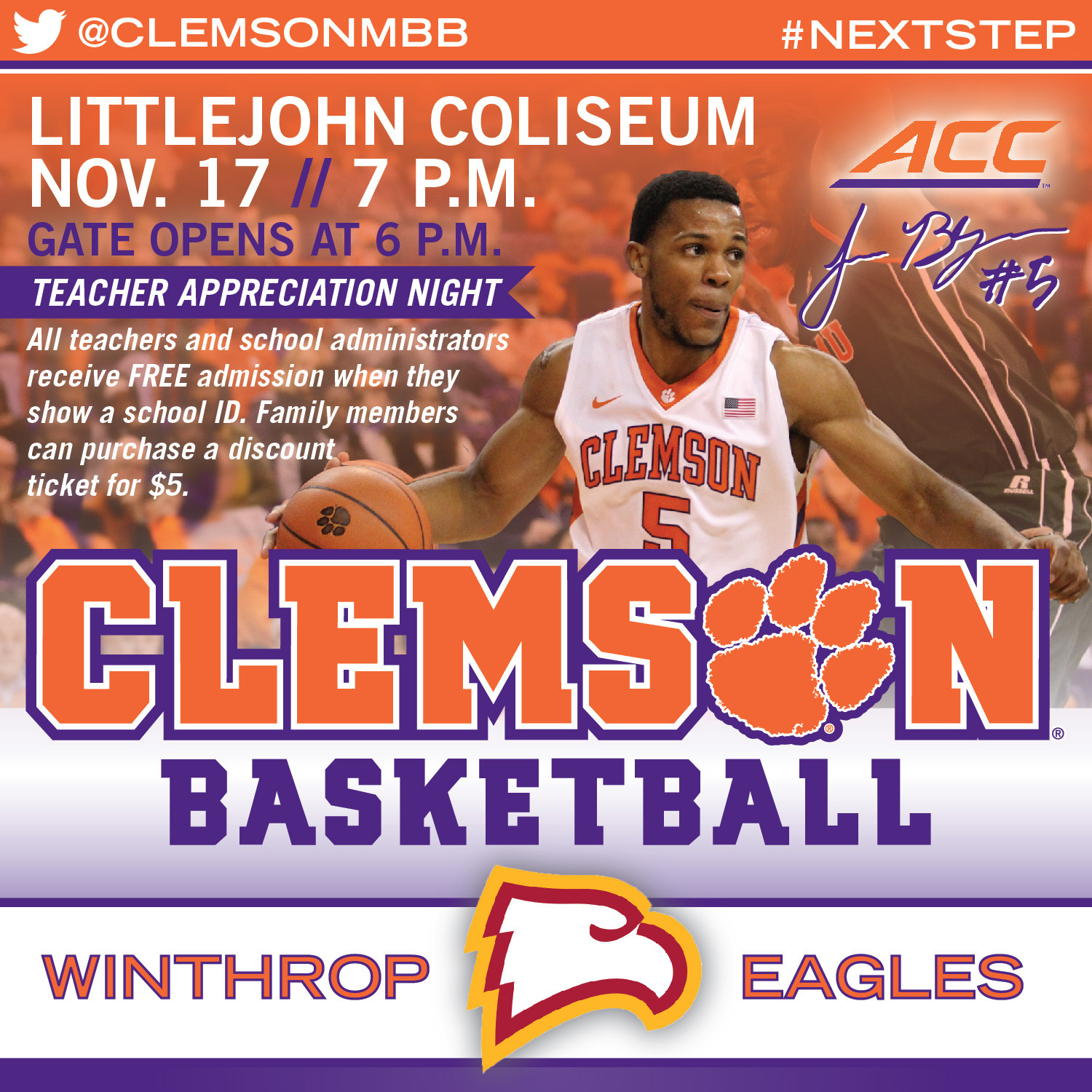 • Clemson and Winthrop renew its in-state series for the first time since 2011-12. The Tigers have won nine of 10 meetings against the Eagles.

• The Tigers moved to 29-2 all-time under head coach Brad Brownell when allowing 50 points or less to their opponent.

• Jordan Roper surpassed the 500-point mark in his career Friday, posting 13 points off the bench to lead the Tiger reserves.

• Donte Grantham posted 12 points in the opener, most by a Tiger freshman in his first game under Brownell.

• Rod Hall matched his career-high for assists with 10 in the opener. His previous career-high was also against Florida A&M, in 2012-13. Hall plays his 100th game in a Clemson uniform Monday vs. Winthrop.

• One of Brownell’s former assistants at UNC Wilmington and Wright State, Marty McGillan, coaches at Winthrop. McGillan’s son, Riley, is a walk-on for the Tigers this season.