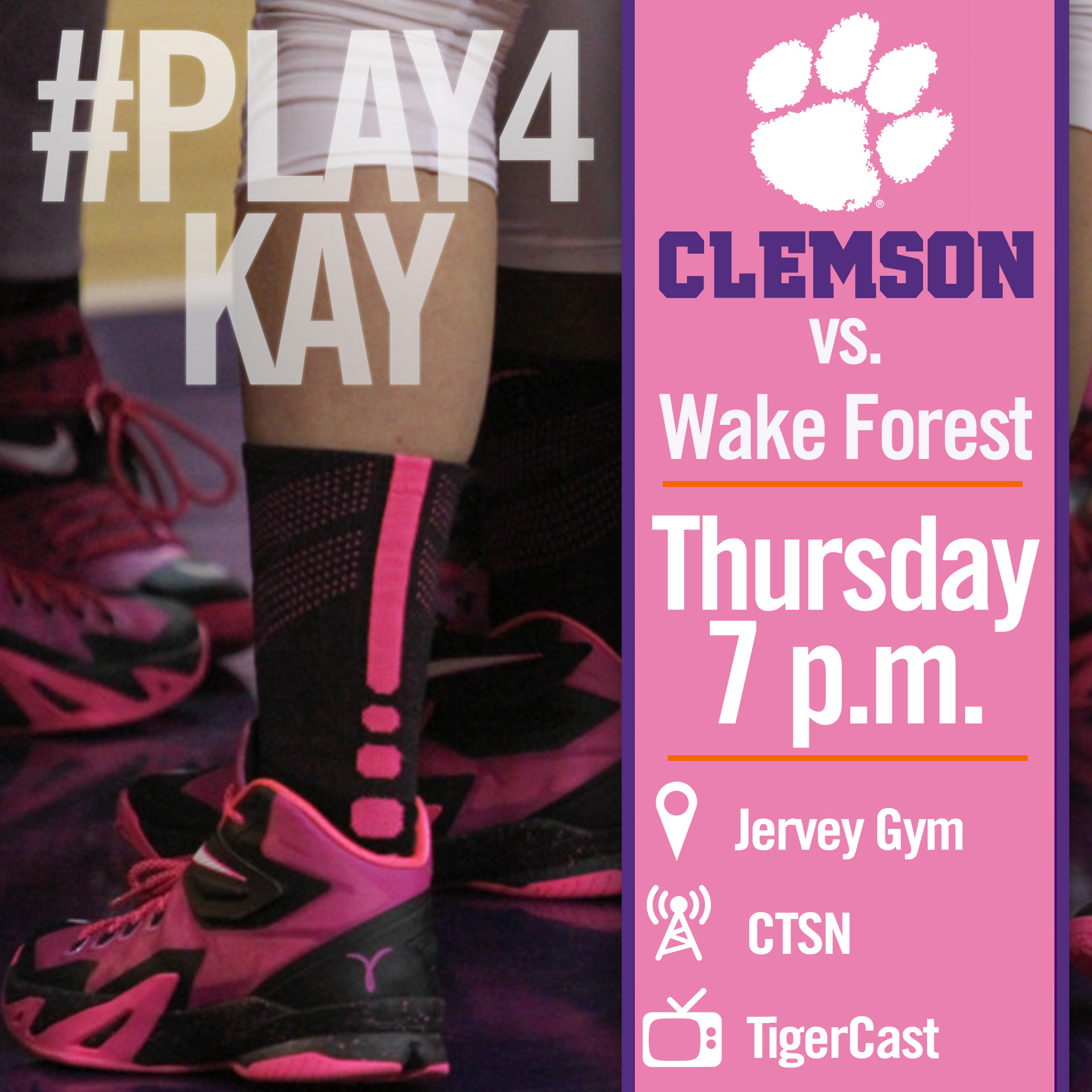 PROMOTIONS: Thursday is Clemson’s annual #Play4Kay game. Any fan who donates a minimum of $1.00 at the game or online will receive a pink Clemson tote bag. The first 500 fans receive a free pink pom-pom and fans are also encouraged to enter our raffle at the game to win gift cards and Clemson memorabilia. All proceeds will benefit the Kay Yow Cancer Fund.