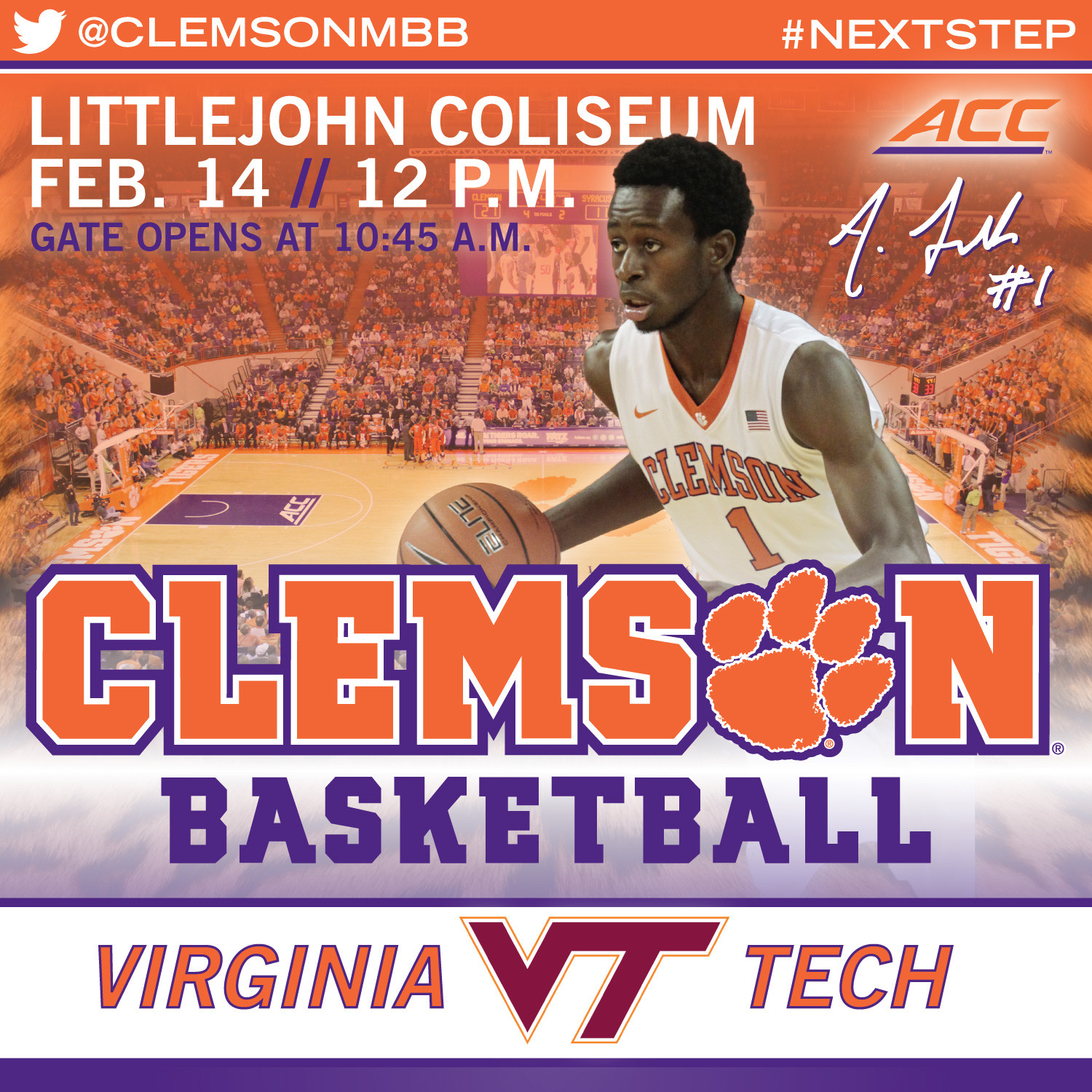 • Clemson looks to snap a two-game skid Saturday against Virginia Tech. The Tigers have won three straight at home over the Hokies, all under Brad Brownell.

• Fans can take a men’s basketball ticket stub to baseball for free admission to Clemson’s game vs. West Virginia at 2:30 p.m.

• Clemson’s field goal percentage defense (.389) is currently the best for the program since the shot clock was introduced. The Tigers’ all-time record is a .371 figure by the 1958-59 team.

• Rod Hall played the entire 40 minutes last time out vs. Notre Dame. It was the first time a Tiger played an entire game without sitting since Cliff Hammonds played all 40 minutes at Boston College in 2007.

• Hall is scheduled to make his 100th start in a Clemson uniform Saturday. He would be only the 10th player in school history to make that claim.

• Damarcus Harrison snapped a streak of nine games without scoring in double figures when he posted 15 against Notre Dame.

• Harrison is two three-point goals shy of 100 for his career.

• Jaron Blossomgame recorded his seventh double-double of the season on Tuesday, and tied his career high with 14 rebounds vs. Notre Dame.

• Blossomgame’s +8.1 scoring average improvement over last season is the largest by a Clemson player since Will Solomon’s +14.6 figure in 1999-2000.