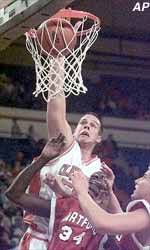 Clemson Hosts The Citadel At Home This Saturday

Quick Facts Clemson has a 56-21 lead in the series against The Citadel. Clemson has won 10 in a row and 16 of the last 17. Citadel’s last win over Clemson took place in the 1978-79 season, a 58-56 win in Charleston. Citadel has defeated Clemson in Littlejohn Coliseum, a 73-72 Bulldog win in 1968-69, the first year of the facility. Clemson has won 13 in a row at Littlejohn since that loss. Clemson and the Citadel have not met since the 1994-95 season, Larry Shyatt’s first year as an assistant coach at Clemson. Rick Barnes was in his first year as head coach. Clemson gained a 77-66 victory in that game behind 23 points from Greg Buckner. Buckner made 8-8 field goals in the game. Devin Gray added 23 points, the next to last game of his Clemson career. Will Solomon is coming off one of his top performances as a Tiger. Solomon tallied 31 points, including 24 in the second half, in the 79-78 loss to Seton Hall last Tuesday night. For the year, Solomon has 48 points and has made 8-13 three-point goals. Adam Allenspach had a double-double in the loss to Seton Hall, as the senior had 10 points and 12 rebounds. Allenspach had six double-doubles last year to lead the team and now has seven for his career. Pasha Bains has scored 31 points in the first two games, 20 in the opener against Hartford and 11 against Seton Hall. Bains already has as many double figure scoring games as he had all of last year (two). Clemson was outrebounded by Seton Hall last Tuesday, 47-45. It was just the 15th time in 67 games that a Larry Shyatt coached Clemson teams has been beaten on the boards.