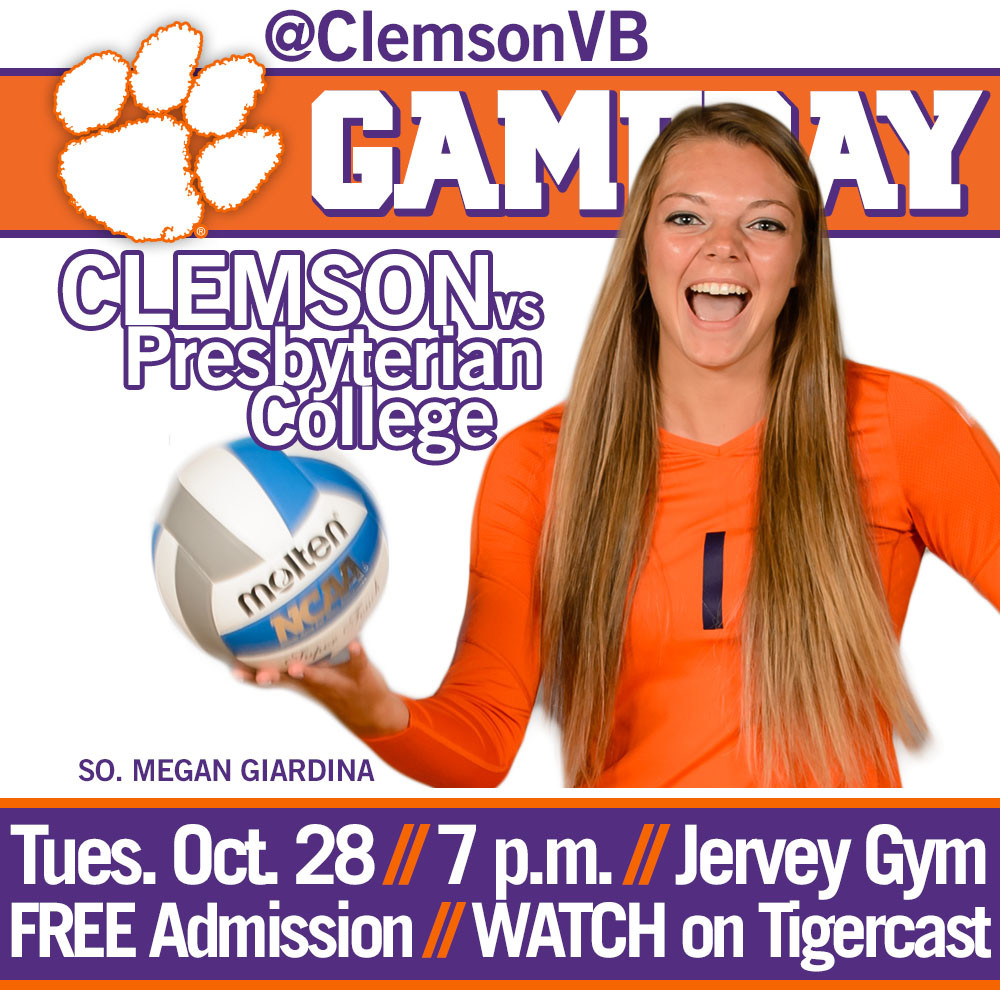 CLEMSON, S.C. – The Clemson volleyball team takes on Presbyterian College on Tuesday, Oct. 28 in Jervey Gymnasium at 7 p.m. Live video (TigerCast) and live stats will be available on ClemsonTigers.com. Tuesday is designated Service Appreciation Day at Jervey Gym, and service men and women will take part in all promotions at the match.

With her 29-assist performance against Duke on Friday, freshman Kate Federico moved into fourth place in Clemson history in terms of assists in a single season by a Clemson freshman. She now has 802 on the season, and ranks sixth in the ACC in assists per set average. Senior Karis Watson recorded her first double-double in the win over Virginia Tech on Sunday with 10 kills and 10 blocks. The middle is currently sixth in the conference in blocks per set (1.49) and seventh in hitting percentage (.350).

After the Tigers take on the Blue Hose Tuesday, they host two conference teams this weekend. Virginia comes to Tigertown on Friday, Oct. 31 at 7 p.m. and the fourth-ranked Florida State Seminoles make their way to Jervey Gym on Sunday, Nov. 2 at 1 p.m.

The Blue Hose are led by senior middle Rachel Hall who has 248 kills on the season and is hitting .214 overall. Freshman outside hitter Rachel Elshoff has 175 kills this season and is second on the team in digs with 209. Senior libero Mary Trimpe leads the backcourt with 392 digs this season.