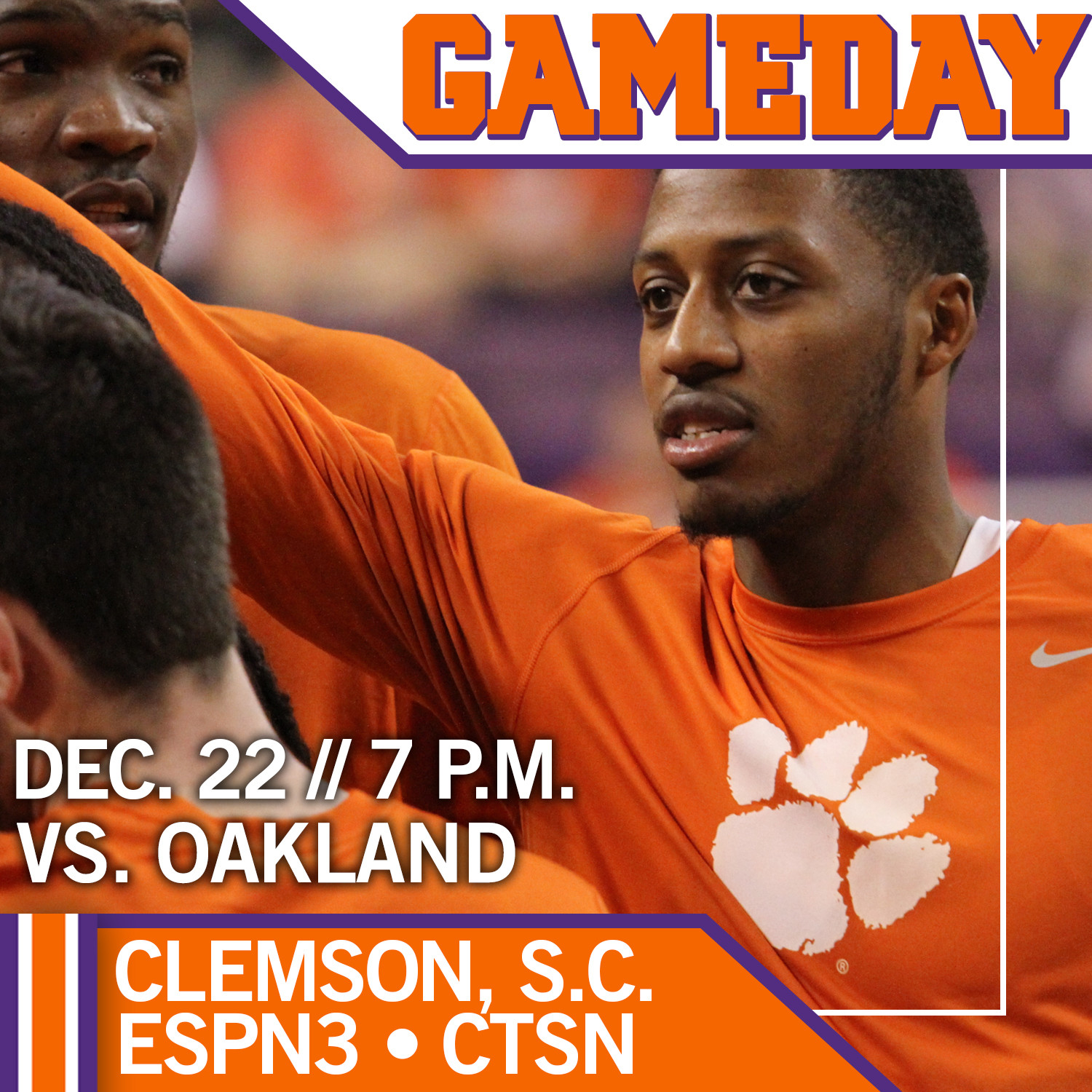 • The Tigers’ most recent game against a team from the Horizon League was in 2009 when Clemson defeated Butler, now a member of the Big East, in the 76 Classic in Anaheim.

• Monday is “Take a Kid to the Game” in Littlejohn. Any adult who has purchased a ticket can receive one free youth ticket.

• Santa Claus will make a visit to Littlejohn for halftime.

• Monday’s game is also part of the Elementary Pass Package. Any child who possesses a free pass as distributed to Upstate elementary schools will receive free admission.

• Clemson looks to rebound from a 68-45 loss at South Carolina last time out. The Tigers are 2-1 following losses this season.

• The Tiger program is 4-1 against schools currently in the Horizon League.

• The Tigers posted a season-high nine steals in Friday’s game at South Carolina and have collected at least seven in three straight games.

• Jaron Blossomgame led the Tigers with 14 points in Columbia and has been in double figures nine out of 10 games, most by any Clemson player.

• Damarcus Harrison made a pair of three-pointers at South Carolina and now has 79 for his career, most by an active Tiger.

• Sidy Djitte came off the bench to play a season-high 22 minutes Friday; he responded with four points and six rebounds, and with career highs for steals (2) and blocked shots (2).