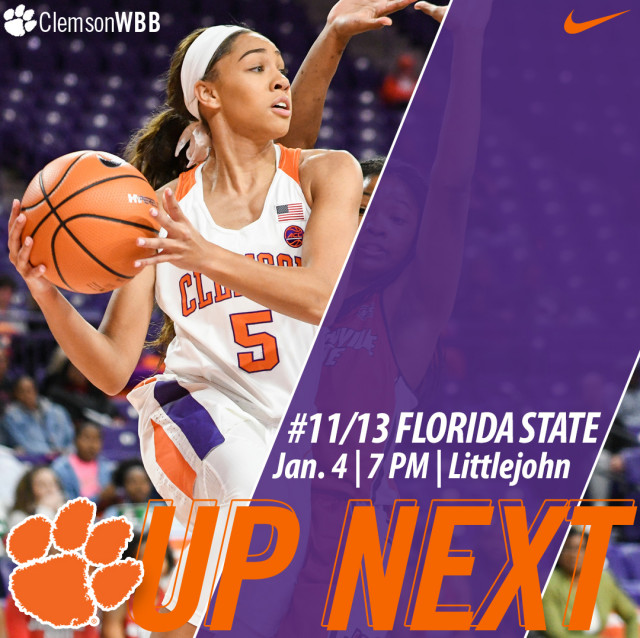 – The Tigers are 10-4 (0-1 ACC) and are coming off of a 66-33 road loss to Georgia Tech in their ACC opener on Dec. 31. Sophomore Kobi Thornton scored 10 points in the game, while freshman Tylar Bennett set a new career-best with nine rebounds.

– Edwards’ 42 steals put her at third among ACC players and 16th among all players nationally. Her steals per game figure is third in the conference and 24th in the nation.

– Thornton, an ACC All-Freshman Team selection last season, ranks third on the Clemson team in scoring (8.7 points per game) and leads the Tigers in rebounding (7.1 rebounds per game).

– The Seminoles hold a narrow advantage in the series, with a 28-24 record all-time.