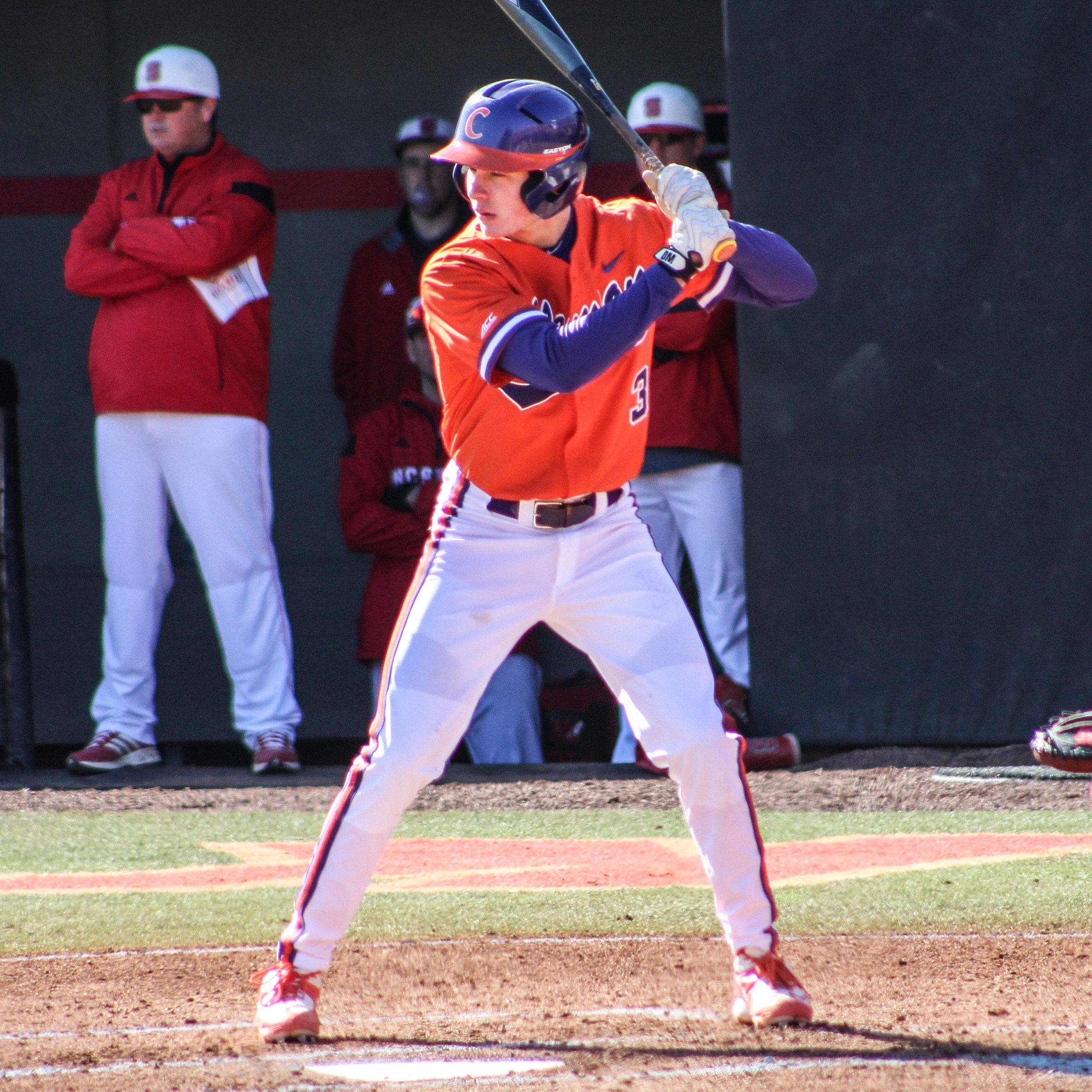 The Tigers welcome Notre Dame to Doug Kingsmore Stadium for the first time since 1994 this weekend.

CLEMSON OVERVIEW• Clemson scored three runs late but fell to Michigan State 8-6 at Fluor Field in Greenville on Wednesday.• The Tigers are averaging 5.7 runs per game and hitting .289 with a .372 on-base percentage and 15 steals.• The pitching staff has a 3.77 ERA, .241 opponents’ batting average and 3.10 strikeout-to-walk ratio and Clemson is fielding .967.

NOTRE DAME OVERVIEW• Notre Dame is led by fifth-year Head Coach Mik Aoki.• The Fighting Irish downed Savannah State 5-3 on the road Wednesday. They are hitting .274 and have a 3.40 ERA and .968 fielding percentage.• Cavan Biggio is hitting a team-high .404 with eight doubles, two triples, two homers, 11 RBIs, a .521 on-base percentage and three steals.

ROHLMAN FITTING IN AS FRESHMAN• Freshman outfielder Reed Rohlman has burst onto the scene and taken over the starting spot in left field.• He is hitting .389, second-best on the team, with four doubles, two homers, nine RBIs and 10 runs in 15 games.• He has six multi-hit games, including two three-hit games and one four-hit game.• He went 4-for-4 with his first career homer, a double, four runs and a walk in Clemson’s 11-5 win over Wofford on February 25.