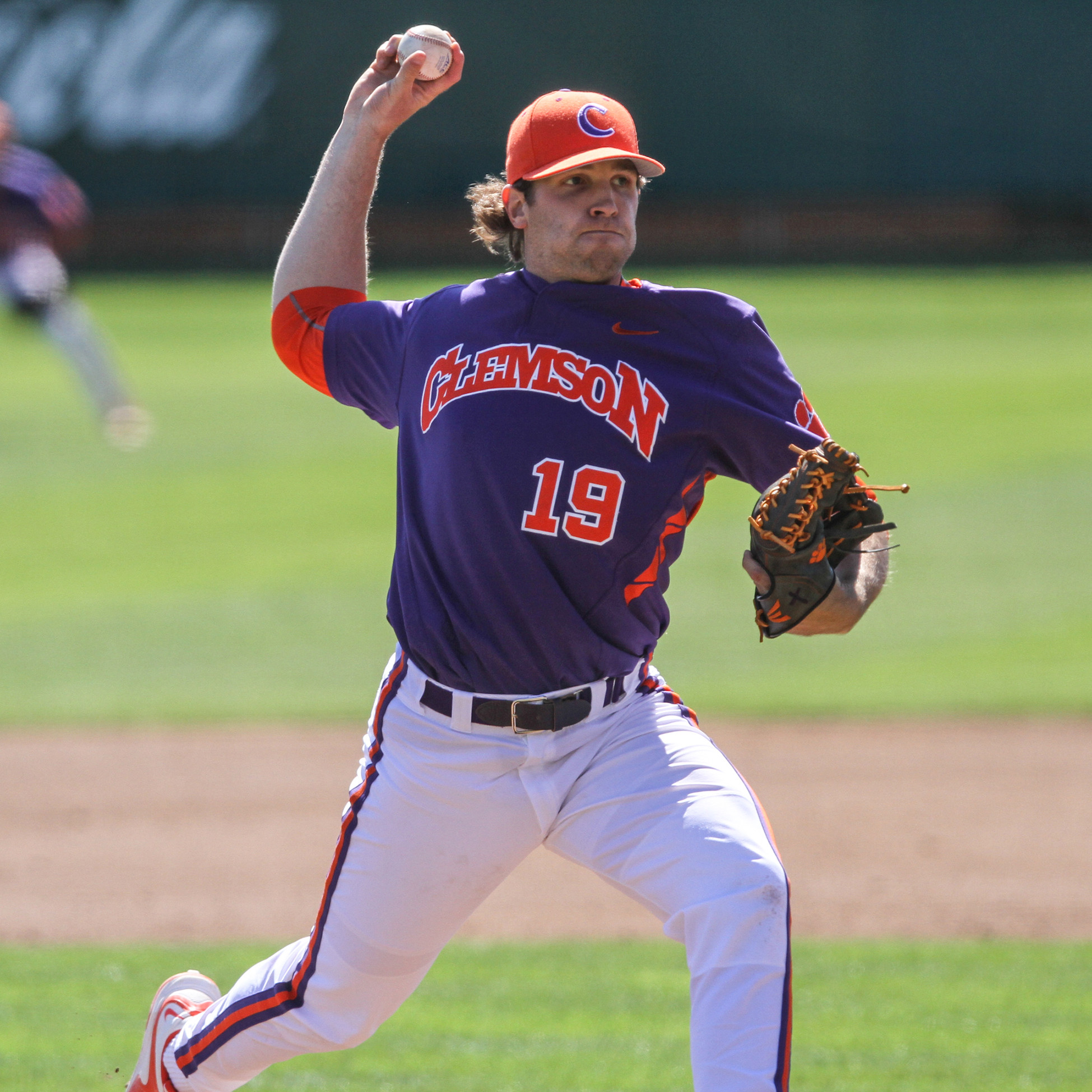 The Tigers wrap up their third straight five-game week with a three-game home series against Duke this weekend.

DUKE OVERVIEW• Duke is led by third-year head coach Chris Pollard.• The Blue Devils won one of three games at home against Louisville. They are hitting .252 and have a 3.14 ERA and .964 fielding percentage.• Peter Zyla is hitting .333, while Andy Perez is batting .302 with 26 steals.

QUICK HITS• Clemson and Duke have played at least one game every year since 1990. The two did not play in 1989.• Clemson and Duke wrapped up their last series in 2013 with a doubleheader on Saturday, March 23.• Reed Rohlman is fourth in the ACC in batting average at .373 and Tyler Krieger is ninth (.361).

RIGHTY DUO• Righthanders Jake Long and Clate Schmidt have given Clemson a much-needed boost as midweek starters on the mound in recent weeks.• Long, a senior, is 1-0 with a 2.14 ERA, .187 opponents’ batting average and 21 strikeouts against seven walks in 21.0 innings pitched.• Long did not pitch during the first half of the season while recovering from injury.• Schmidt, a junior, is 1-1 with a 2.77 ERA and .250 opponents’ batting average in 39.0 innings pitched.