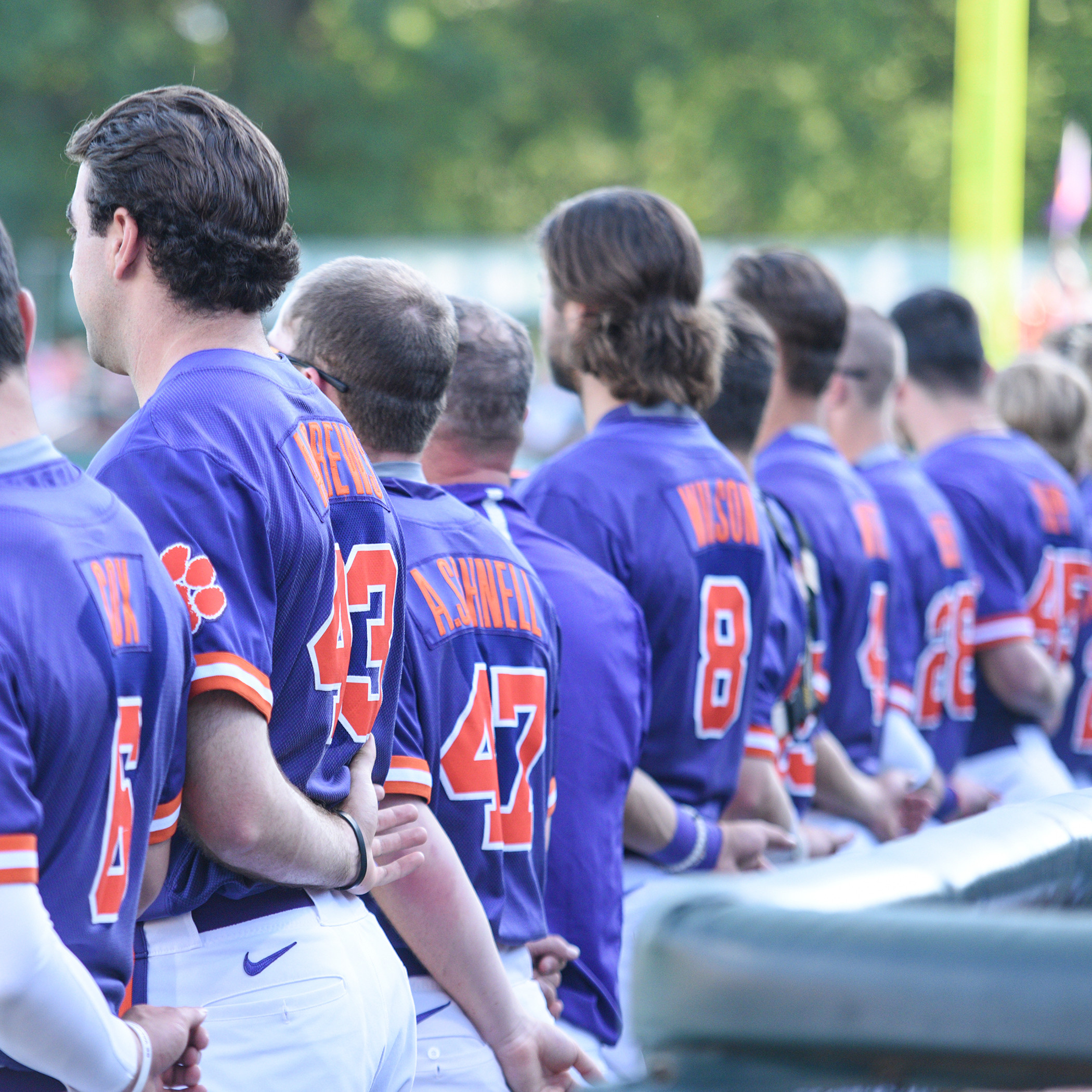 The Tigers conclude their 13-game homestand when they host Monte Lee’s former team, College of Charleston, in a two-game, midweek series.

CLEMSON OVERVIEW• Clemson won two of three games over NC State last weekend at Doug Kingsmore Stadium.• The Tigers are averaging 6.6 runs per game and hitting .275 with a .388 on-base percentage and 41 stolen bases.• The pitching staff has a 4.59 ERA, .268 opponents’ batting average and 2.08 strikeout-to-walk ratio and Clemson is fielding .960.

COLLEGE OF CHARLESTON OVERVIEW• College of Charleston is led by first-year head coach Matt Heath.• The Cougars won one of three games at UNC Wilmington last weekend. They are hitting .255 and have a 4.49 ERA and .966 fielding percentage.• Bradley Jones is hitting .301 with 11 homers and 44 RBIs, while Carter Love has seven saves and a 2.20 ERA in 19 relief appearances.

QUICK HITS• Clemson is 8-8 when it scores in the first inning and 23-8 when not scoring in the first inning.• Monte Lee served as head coach at College of Charleston, also his alma mater, for seven seasons from 2009-15.• Seth Beer is hitting a team-high .441 in non-conference games.

WINNING SEASONS THE NORM• The Tigers have had a winning record every year since 1965.• With its 31-16 record in the 2016 season, Clemson is guaranteed a winning record for the 52nd season in a row.• Clemson’s 52-year streak is the third-longest active streak in the nation, trailing two ACC schools (Florida State 69, Miami (Fla.) 59).• Clemson has had a non-losing record, which includes seasons with equal number of wins and losses, every season since 1958.• Bill Wilhelm took over as head coach of the Clemson program in 1958, therefore the Tigers have not had a losing record since he took over.• Clemson’s 59-year streak of non-losing records is tied for the second-longest active streak in the nation, trailing only Florida State (69).