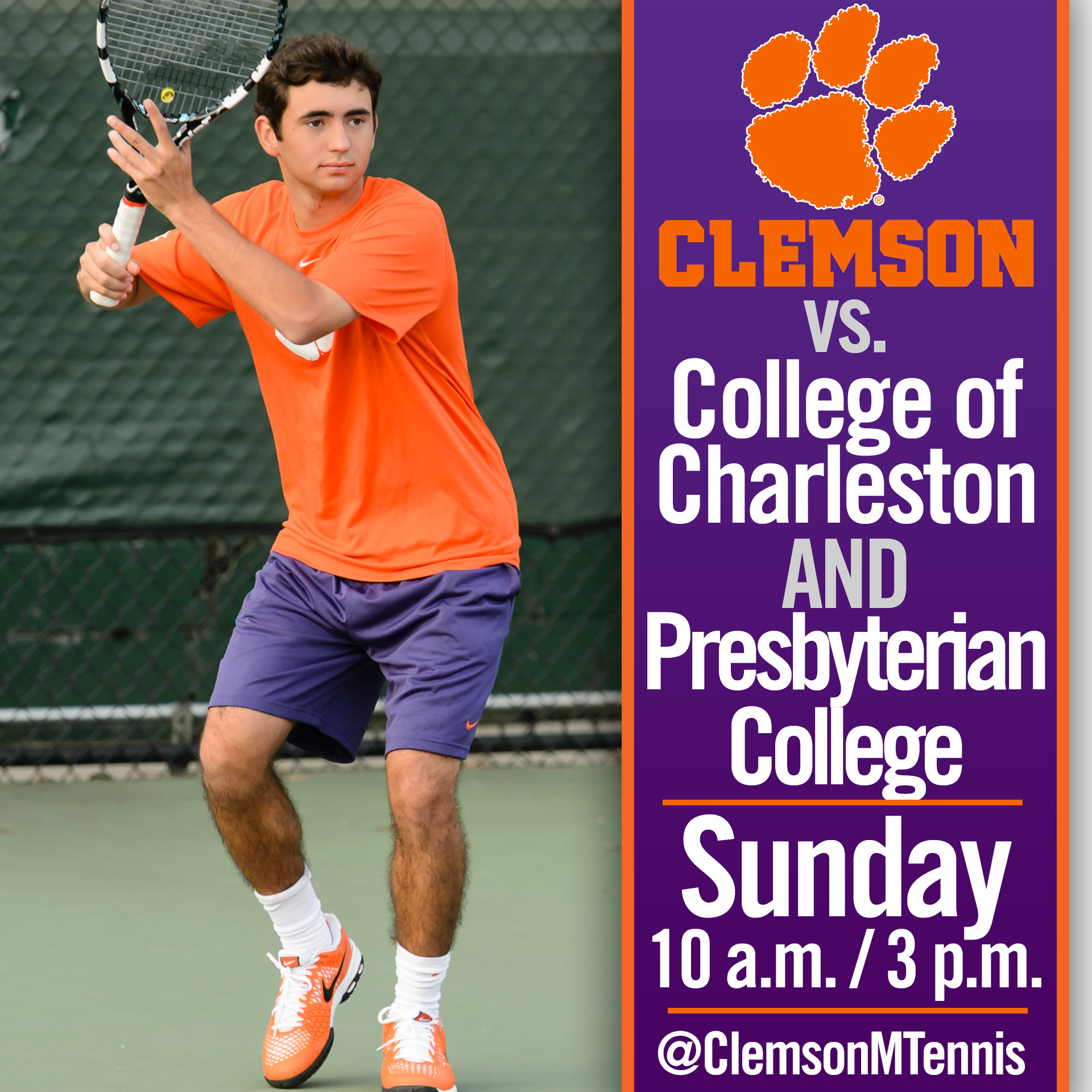 CLEMSON, S.C. – The 52nd-ranked Clemson men’s tennis team hosts College of Charleston and Presbyterian College on Sunday, March 8 at 10 a.m. and 3 p.m., respectively. Live scoring will be available on ClemsonTigers.com for both matches and updates will be provided via @ClemsonMTennis on Twitter.

Clemson stands at 7-6 on the season after a Friday night loss to ACC foe Georgia Tech. The Tigers picked up wins at No. 2 and No. 5 singles courtesy of senior captain Alejandro Augusto and Daffra Sanon, but could not overcome the Yellow Jackets, falling 5-2. Another senior captain, Hunter Harrington, is currently ranked as the 109th-best singles player nationally.

Scouting College of CharlestonThe Cougars are 8-3 on the season and are currently on a four-match winning streak featuring wins over Hamden-Sydney, Navy, Coppin State and Hofstra, all on the road. The doubles team of Brice Allanic and Franz Sydow were recognized as the Colonial Athletic Association doubles team of the week this week, the first time a College of Charleston team has been honored.

Scouting Presbyterian CollegeThe Blue Hose are 10-2 on the season, including a perfect 5-0 at home. Most recently, the team traveled to Elon and fell 6-1.

Clemson leads the all-time series with PC 33-14 and 19-6 in Clemson. Last season, the two programs met in Tiger Town on January 19, a 6-1 Clemson win. The Tigers put up wins in the first five singles slots en-route to the victory a year ago.