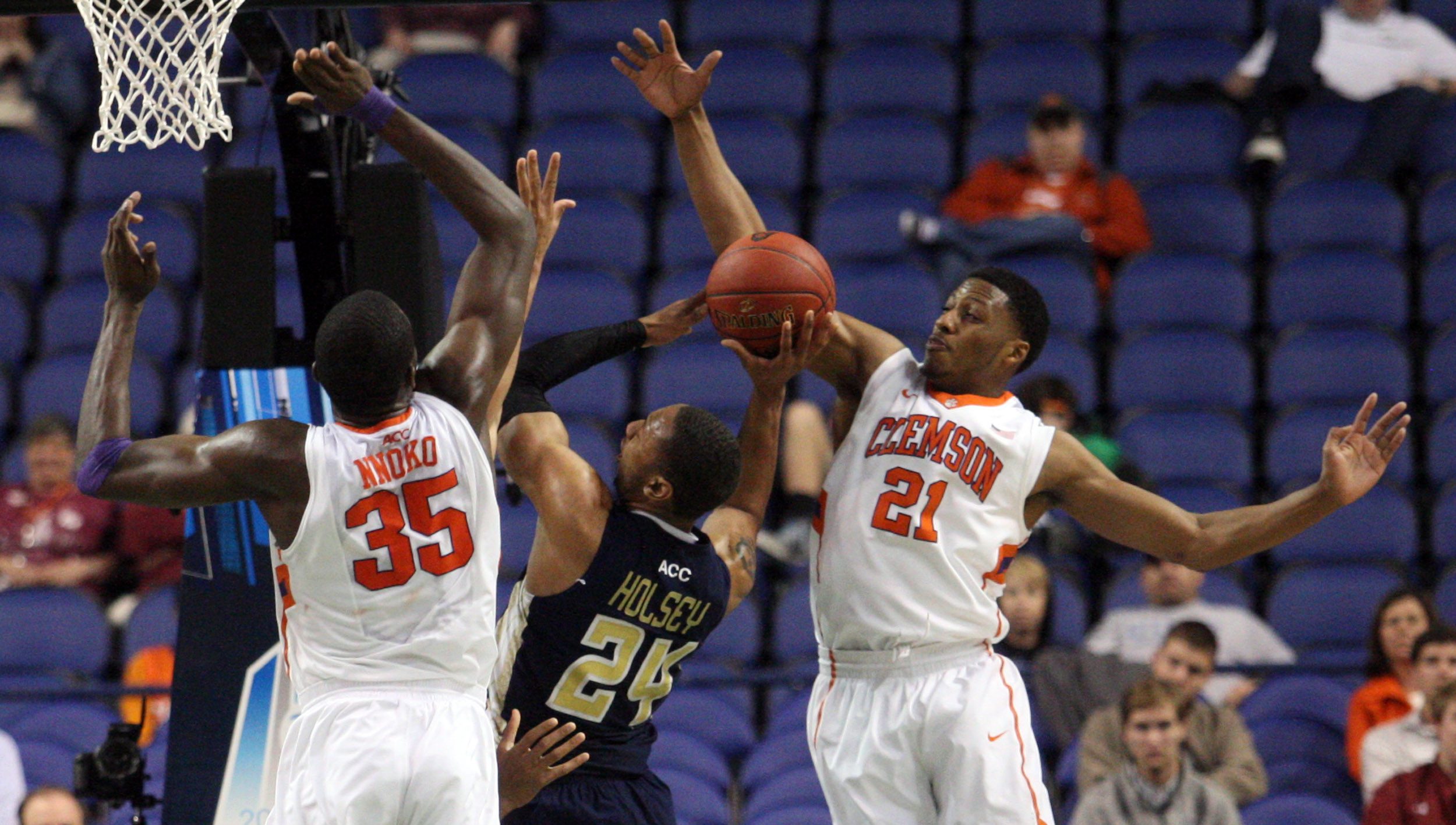 CLEMSON, S.C. – With a trip to New York City and the famous Madison Square Garden for the National Invitation Tournament semifinals on the line, Clemson and Belmont square off Tuesday at 7 p.m. in Littlejohn Coliseum. It is the first meeting between the two schools.

GAME SETUPCLEMSON (22-12) vs. BELMONT (26-9, 14-2 OVC)Tipoff: Tuesday, March 25 (7 p.m.)Tickets: 1-800-CLEMSONRadio: CTSN (Pete Yanity-pbp; Tim Bourret-color)TV: ESPN (Rich Hollenberg-pbp; Jimmy Dykes-color) • Clemson faces Belmont for the first time Tuesday with the right to advance to New York City for the NIT semifinals on the line. • Clemson beat Illinois in the second round, 50-49. Rod Hall made the go-ahead layup with 9.3 seconds left. It was the first time since 2009 that Clemson won a game in regulation after trailing heading into the final 10 seconds. • Sunday’s game was the most attended NIT game this season.

QUICK HITS• Clemson enters Tuesday’s game ranked atop the NCAA stats in defending the three with a .279 figure. Belmont has made 311 three-pointers, fifth-most in the country. The Bruins shoot it at a .393 rate, 17th-best in the NCAA.• The Tigers can set a school record Tuesday by winning their sixth game in the month of March. Clemson matched the school record of five, held by the 2006-07 team that advanced to the NIT championship game, with Sunday’s win over Illinois.• Sunday’s win over Illinois was Clemson’s first this season when trailing with one minute left in regulation.• This is the fourth time Clemson plays with only one day of preparation between non-tournament games. The Tigers are 2-1 under that scenario in games following one day of rest, most recently beating Miami 58-54.• The Tigers have blocked nine shots in each of their first two NIT games and are leading the ACC in the category at 6.1 per game.• K.J. McDaniels became the 21st underclassman and 37th player overall in school history to reach 1,000 career points in Clemson’s most recent game.