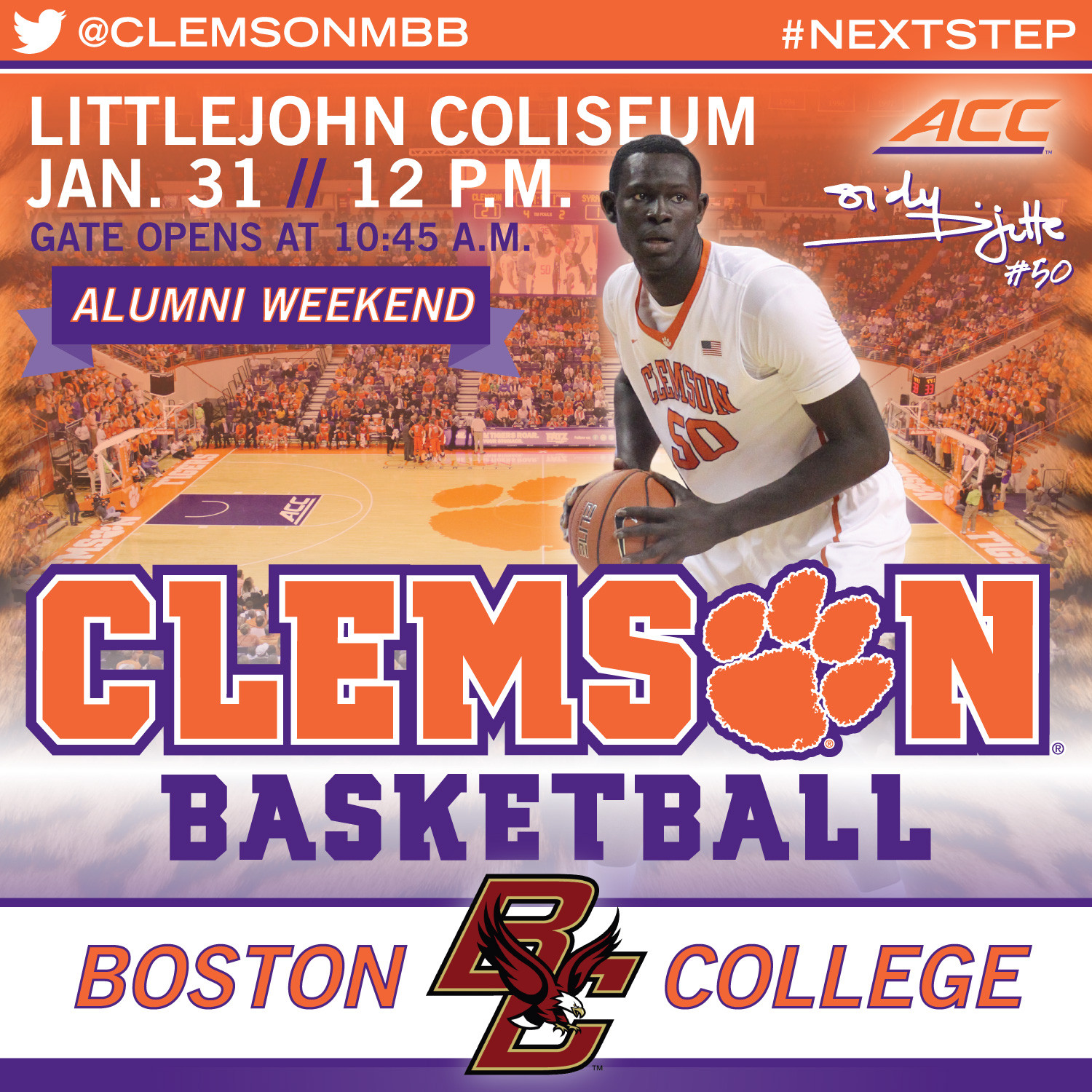 • Clemson meets Boston College for the 19th time in the series, with the Tigers holding an 11-7 edge overall.

• The Tigers are coming off their second ACC road win of the season, 68-57 at NC State.

• Faculty and staff receive free admission to Saturday’s game and can purchase additional tickets for only $10, redeemable at the Littlejohn box office.

• The first 500 Clemson students through the doors receive a free hot chocolate.

• Saturday is also IPTAY Day, and Clemson’s longtime fundraising arm will be celebrated.

• In the win at NC State, the Tigers led by 20 points at halftime and won on Tobacco Road by double digits for just the fifth time in 180 games.

• Jordan Roper led the Tigers in scoring at NC State, a first this season for the Tiger junior. He produced 18 points, his high total against a league opponent since also scoring 18 in the ACC Tournament against Florida State in 2013.

• Landry Nnoko reached double figues in the scoring column at NC State, his first since a Dec. 22 game against Oakland.