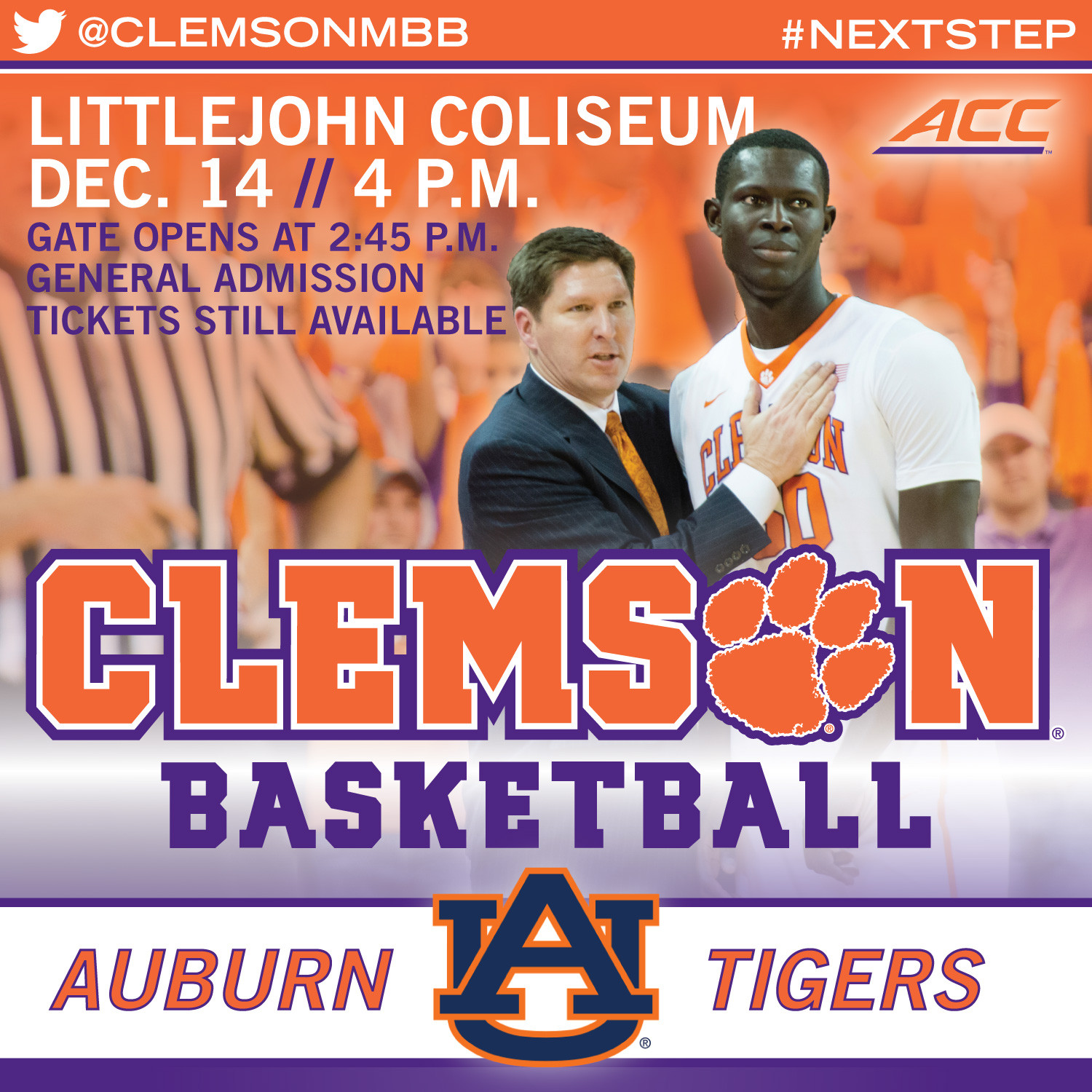 • Clemson earned its best win of the season, a 68-65 triumph over Arkansas in overtime last Sunday. It was Clemson’s second  win in history over a top-25 team non-conference team at home.

• The ACC Tigers play their second game of the season against an SEC Tigers team, having already defeated LSU on Nov. 24.

• Sunday’s game will be general admission seating, with all gates opening at 2:45 p.m. Reserved parking will be honored.

• The game has been designated as Public Service Appreciation Day, where all first responders receive free admission and $10 tickets for family members.

• Sunday is also part of the elementary school package, where children from the area can show the passes that were distributed at their schools for free admission.

• This is the return meeting against Auburn in a home-and-home series; the SEC Tigers won last season on the Plains, 66-64. Rod Hall and Jordan Roper combined for 28 points in the loss.

• Clemson’s win over Arkansas was the fourth over a top-25 team in Brad Brownell’s tenure as the school’s head coach.

• This is the first meeting between the two head coaches, Brownell and Pearl. The two were on opposite sidelines in the Division-II ranks in 1993 and 1994, when Pearl was head coach at Southern Indiana and Brownell an assistant coach at Indianapolis.

• Clemson is the only team in the ACC with two wins over teams rated in the top 30 of the unofficial RPI (LSU-18, Arkansas-29).

• Hall posted a season-high 19 points in the win over the Razorbacks, including 12 in the final 8:07 of game time.

• Jaron Blossomgame is coming off a career-high 17 points and leads the Tigers in scoring and rebounding in the early part of the schedule.