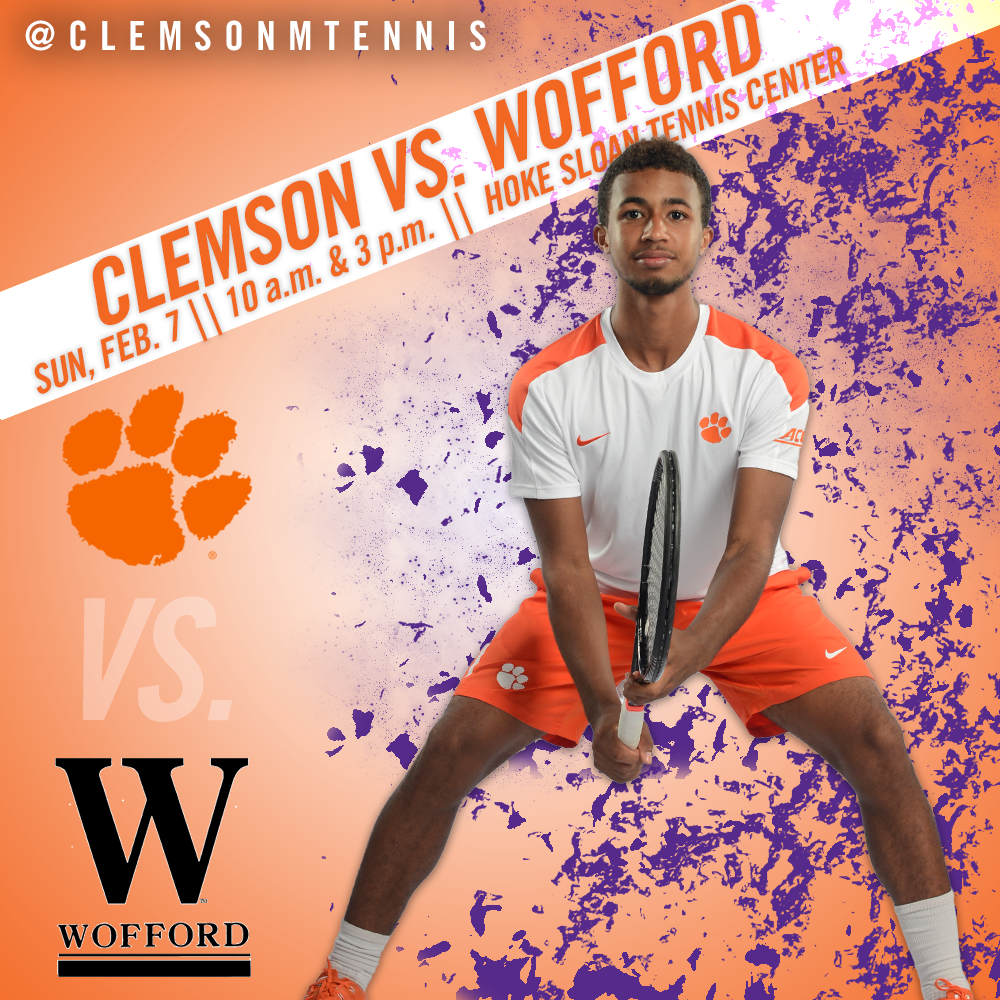 CLEMSON, S.C. – The Clemson men’s tennis team plays host to Wofford on Sunday. The Tigers and the Terriers will play in a double header starting at 10 a.m. followed by a 3 p.m. start time. The first match will be played indoors; the second match will be played on the outdoor courts at Hoke Sloan Tennis Center. Live stats will be available at https://clemsontigers.com/fls/28500/tennisstats/xlive.htm. Periodic updates will also be available on Twitter, @ClemsonMTennis.

Scouting Wofford: As of Thursday, February 4th the Terriers are 3-1 on the season, pending todays match against UNC Ashville in North Carolina before they travel to Clemson. Wofford has tallied wins against USC Upstate, North Carolina A&T and King University this spring. Clemson and Wofford will be meeting for the 38th time in history on Sunday, with the series in favor of the Tigers at 25-12 all time.

Promotions: Free pizza and cake will be provided between matches to celebrate Ryan McMullan’s birthday.