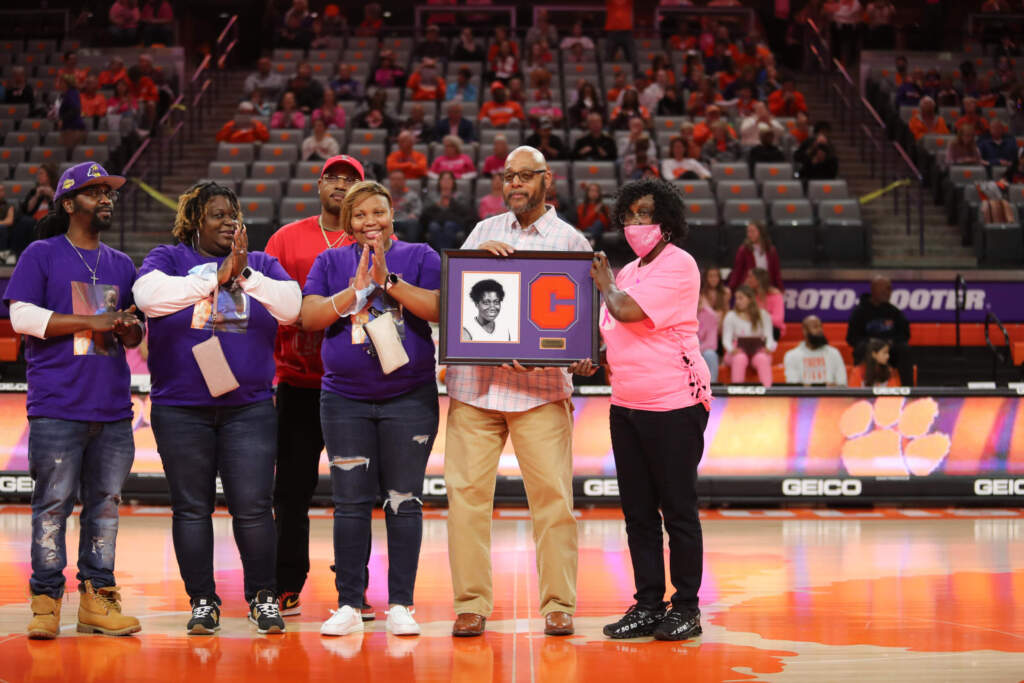 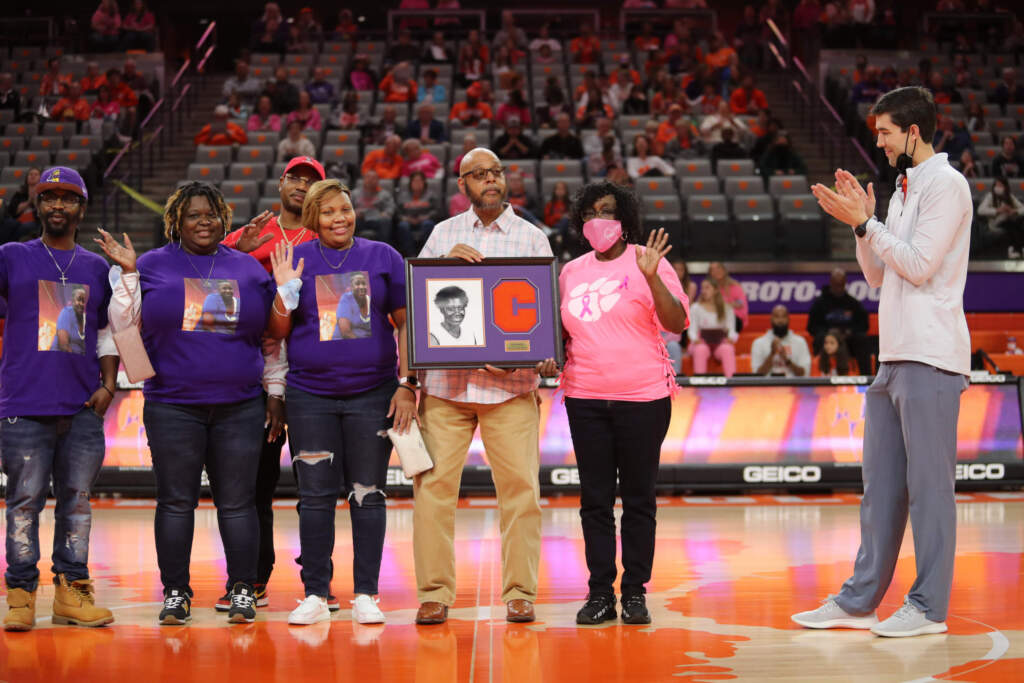 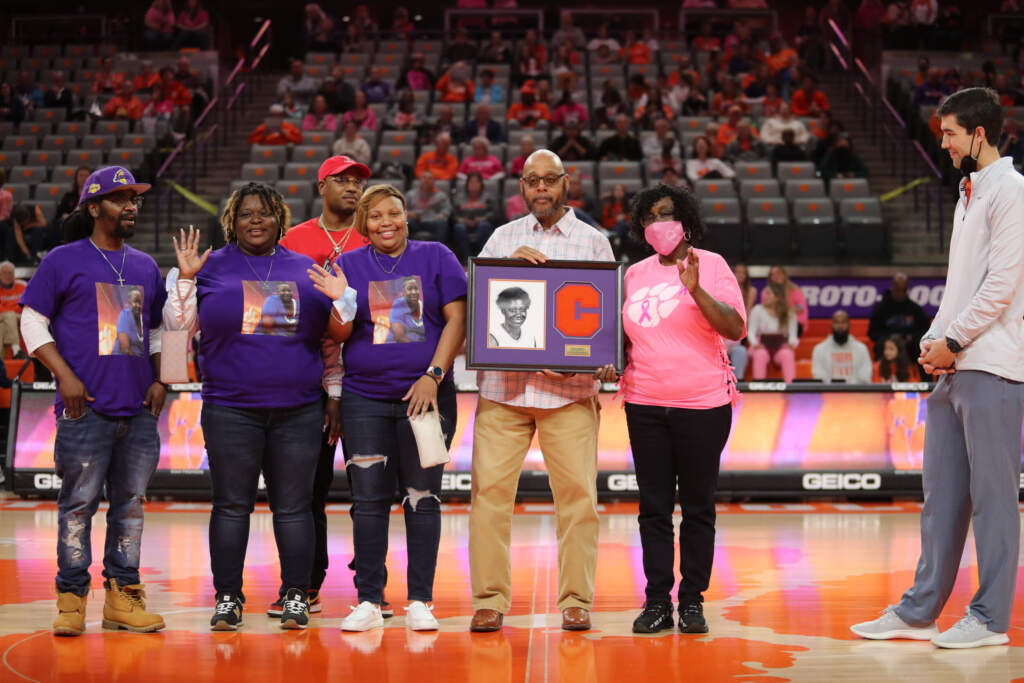 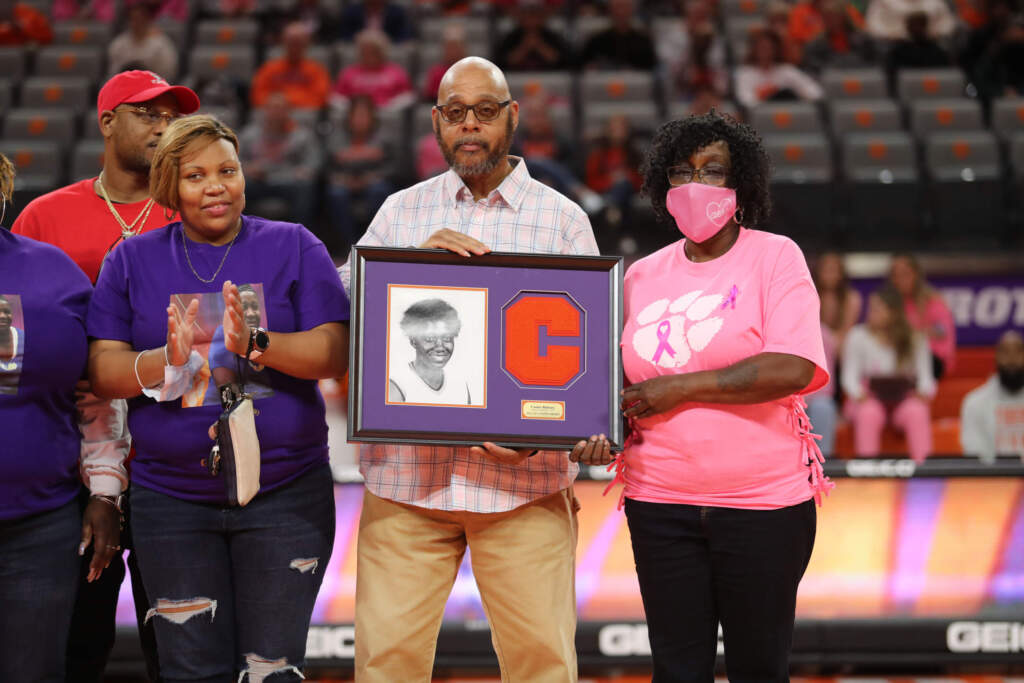 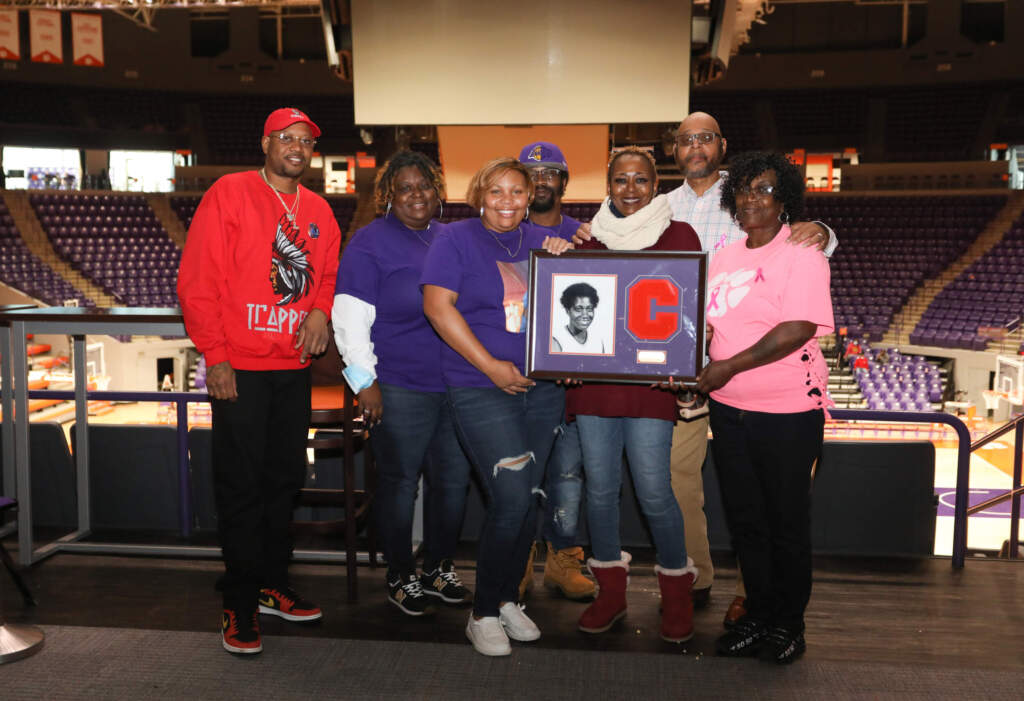 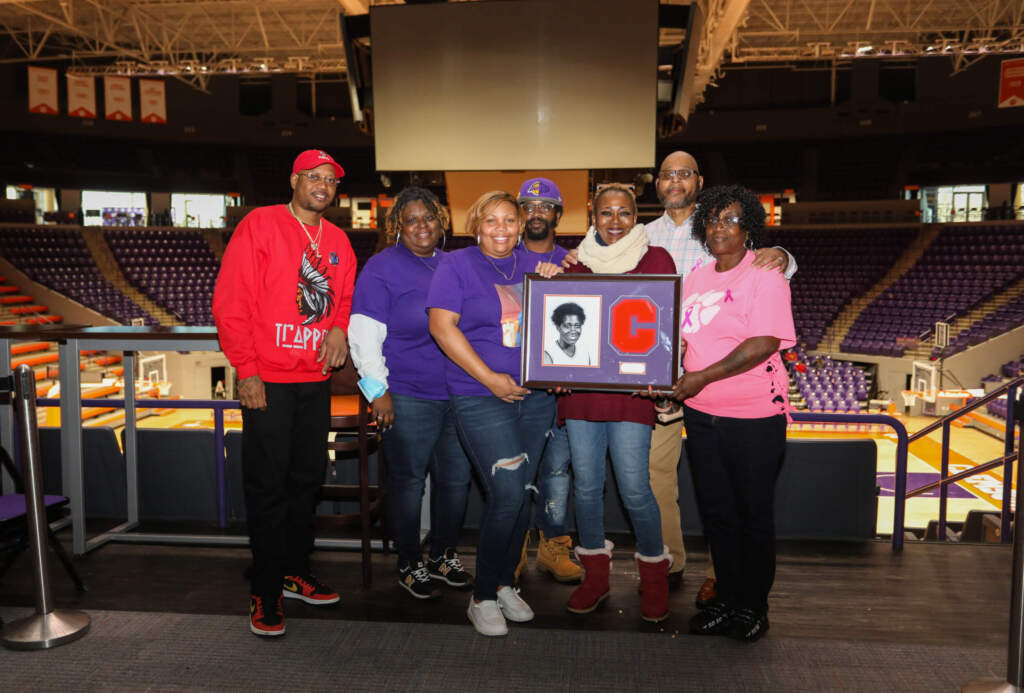 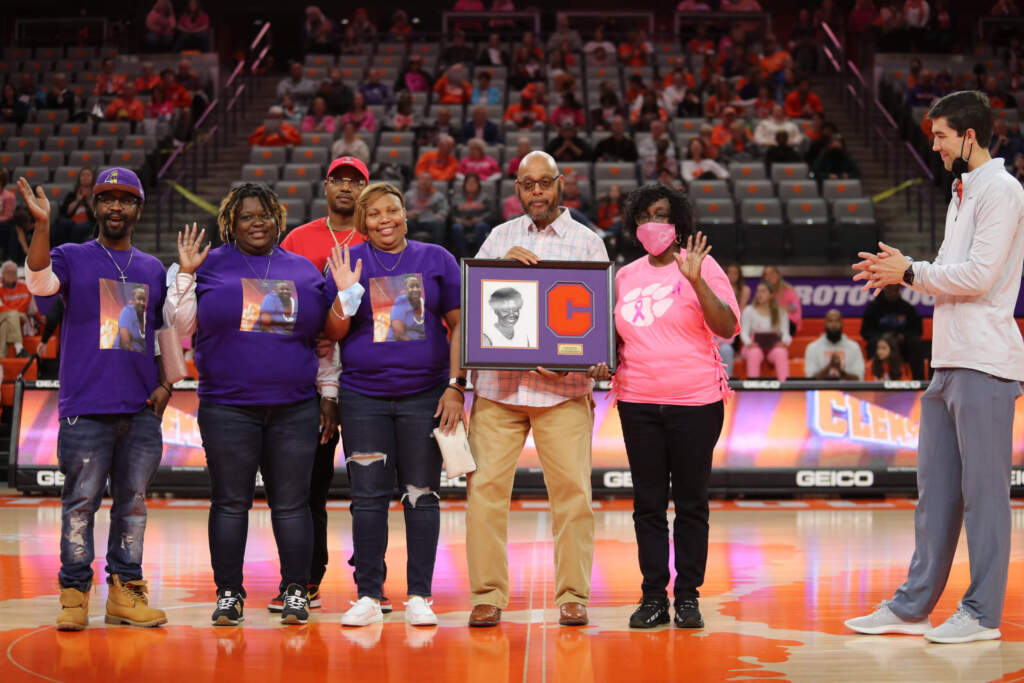 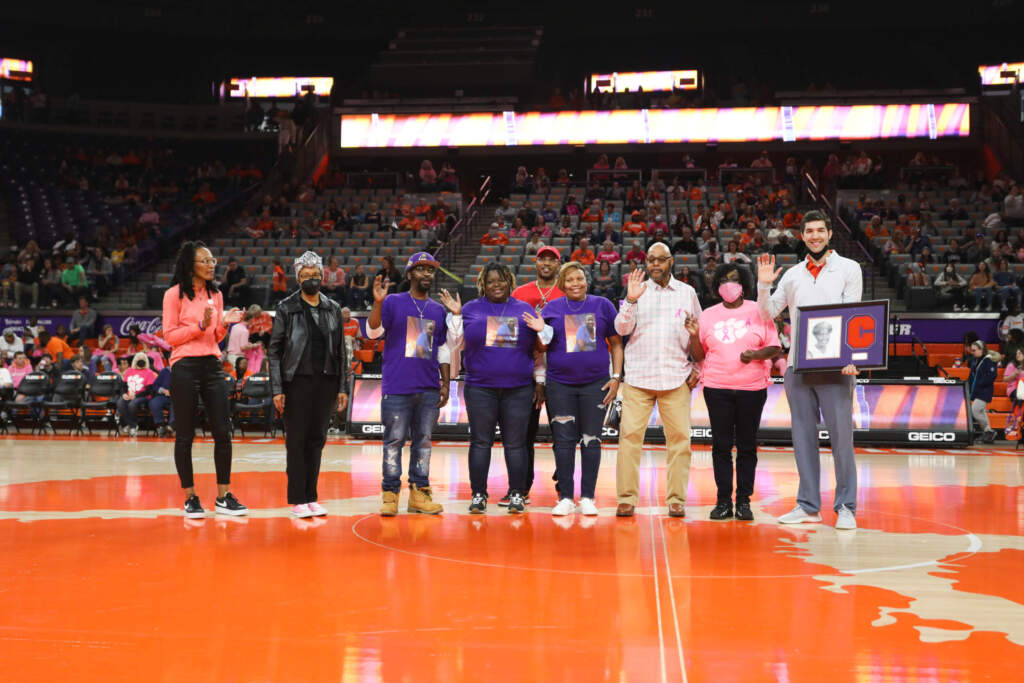 The ACC UNITE award was created to honor individuals affiliated with the league who have made an impact in the areas of racial and social injustice. In the first year of the award, the ACC is celebrating individuals who are the first male and female athletes of color to integrate athletic teams at each current ACC institution. On February 20th, 2022, Clemson Athletics, along with Clemson Women’s Basketball, was honored to recognize one of Clemson’s inaugural ACC UNITE award winners, Cookie Blakney. Blakney’s family received the award on behalf of the former Clemson basketball player who passed in 2016.

The Hartsville, SC, native was the first women’s athlete of color at Clemson on the inaugural 1975 women’s basketball team. She holds the school-record for rebounds in a game with 25, which came against South Carolina on January 10th, 1976.

Clemson athletics was honored to be joined by members of Cookie Blakney’s family as we celebrate her as an inaugural winner of the ACC UNITE Award. Clemson Director of Athletics Graham Neff as well as Class of 1939 Excellence Award winner Dr. Rhondda Thomas presented Cookie’s family with a commemorative plaque.

Proud to recognize Cookie Blakney, this year's ACC UNITE Award winner.@theACC's UNITE Award was created to honor
individuals affiliated with the league who have made an impact in the areas of racial and social justice. pic.twitter.com/eoLQ4F8Ju4

Patsy “Cookie” Blakney never talked about being the first Black woman to play basketball at Clemson, so when she died of cancer in 2016, there was a lot her family didn’t know. They got a glimpse of the former Tiger’s impact and legacy on Sunday. https://t.co/wCO9X2GKbk