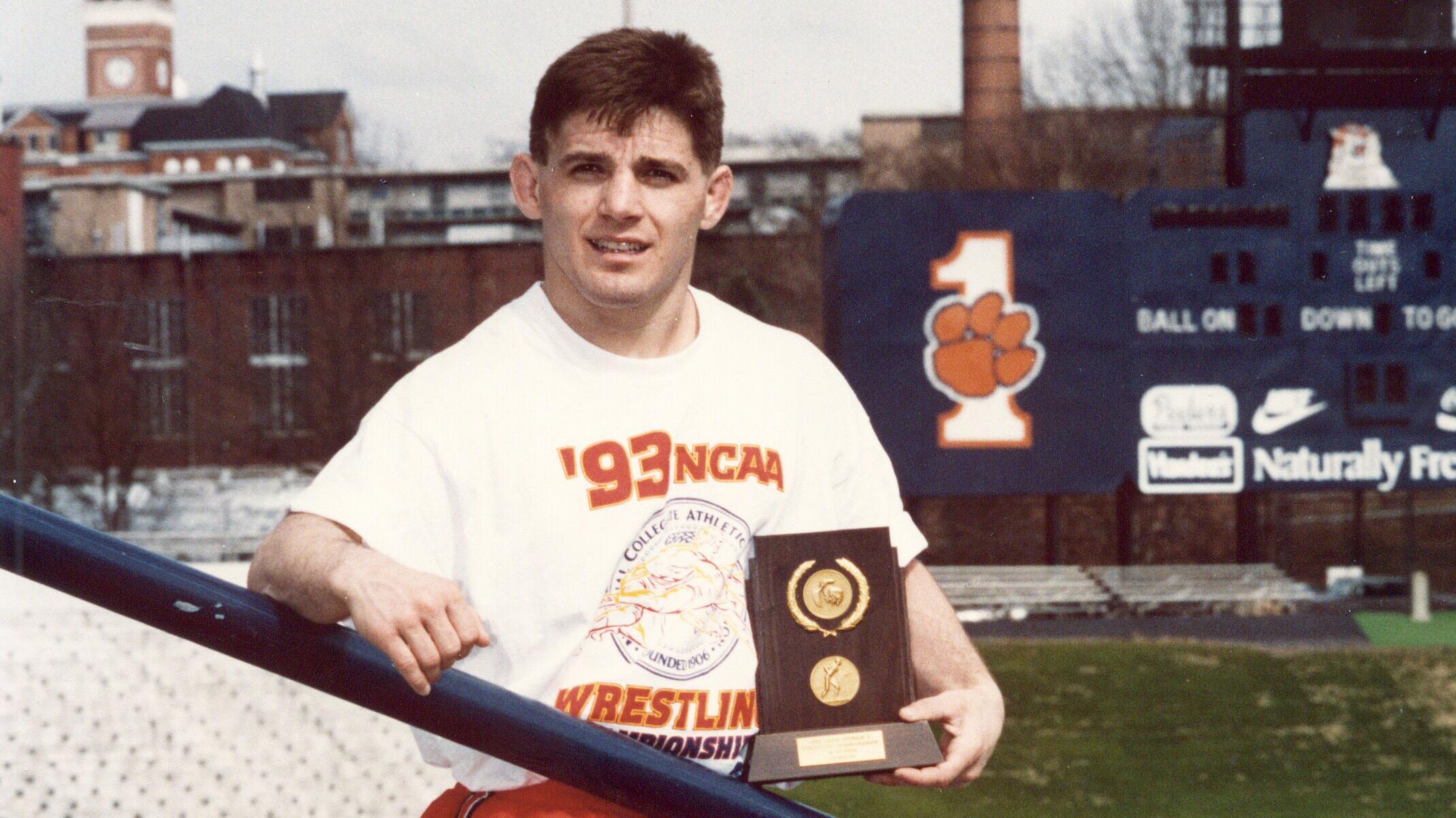 By Sam Blackman It’s been 20 years ago since Sam Henson won his last National Wrestling Championship at Clemson.  In one of the most outstanding careers of any Clemson athlete, Henson won the National Championship at the 118-pound classification in 1993 and 1994 and finished with an incredible 71-0 mark in two years at Tigertown. In 1993, the Tigers went 19-9, including a 13th-place finish at the NCAA Tournament March 18-20. Henson, who captured the 118-pound National Championship, led the Tigers.  Henson became the first Tiger Wrestler to go undefeated during a season, with an unbelievable 34-0 record. Also during this season, the Tigers had three ACC champions for the first time in the history of the program. Henson won the 118-pound crown, Troy Bouzakis captured the 126-pound title, and Tim Morrissey earned the 177-pound championship. For all three wrestlers, it was their first trip to the NCAA tournament. In 1993-94, Clemson had its highest finish ever at the 1994 NCAA Tournament on March 17-19, with a seventh-place showing.  Henson led the way again, as he won the 118-pound National Championship. For the second year in a row, Henson went undefeated and finished with an impressive 37-0 record.  Tim Morrissey also had a strong performance at the NCAAs, earning All-America honors with a third-place finish in the 190-pound weight class. Morrissey had a 31-5 record for the season.  In the second-to-last season of Clemson Wrestling, the Tigers finished second in the 1994 ACC Tournament, with three individual champions—Sam Henson (118), Mike Mammon (150), and Tim Morrissey (190).   Following the tournament, Henson was named ACC Wrestler of the Year. Clemson was 14-6 and 3-2 in the ACC that season, for a second-place tie in the ACC standings.  Henson recalls his Clemson career and his second home. “As soon as I flew in and took my first visit to Clemson, I fell in love with the place,” he said. “Clemson had great facilities and the environment was unbelievable!  I was a transfer from Missouri and I as soon as I saw Clemson, I knew it was the place for me.”  As for most memorable experiences, Henson has plenty of them. “Winning the two national championships was of course the most memorable in my college career. Later on in my career I won the World Title in Iran and was a Silver Medalist in the 2000 Olympics.   At the age of 36, I competed at the 2006 World Championships in China and won the bronze medal. “I had a chance to travel to a lot of places, but I consider Clemson as home.   I love the place and it will always mean a lot of me. I’m glad to be a member of the Clemson family.”