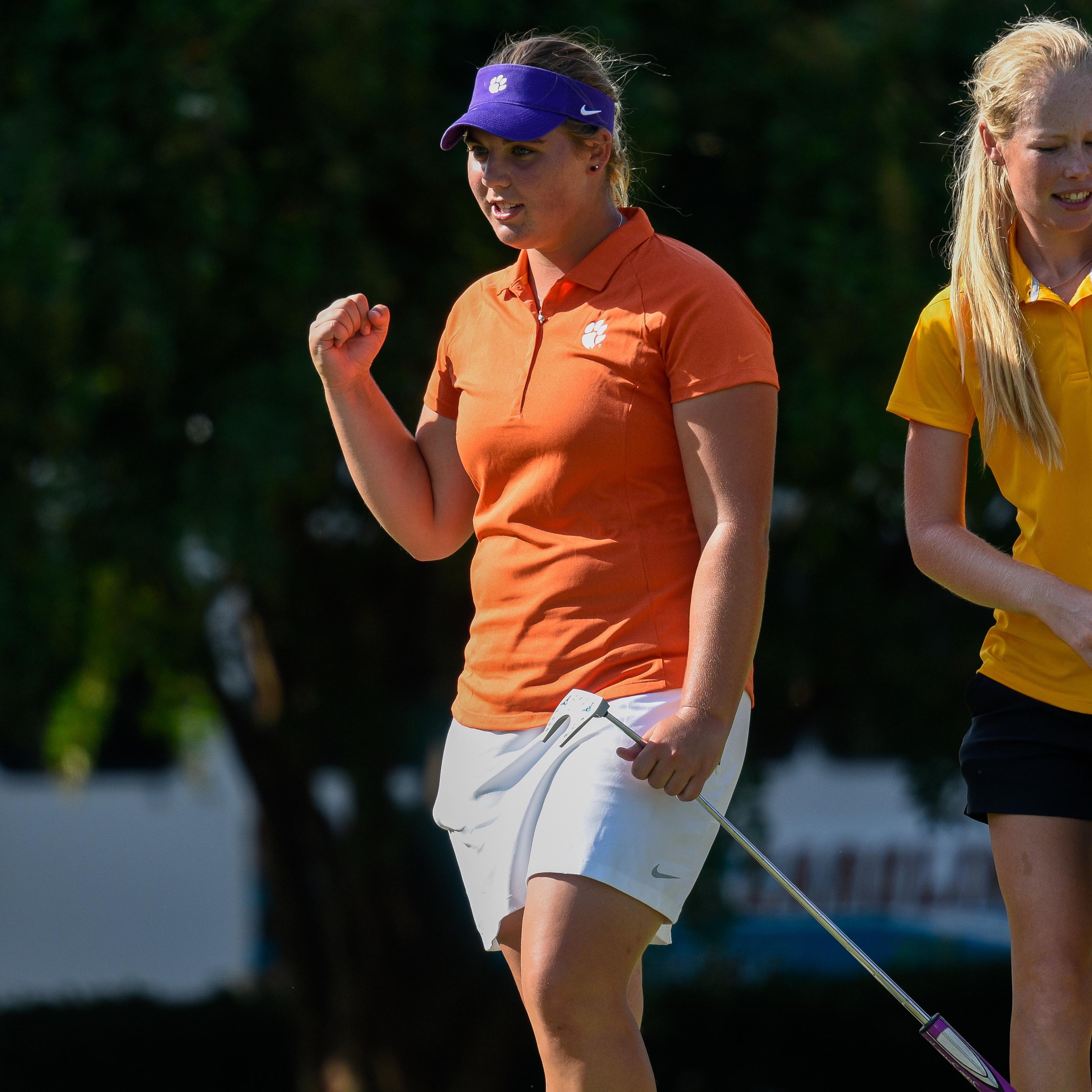 Clemson, Hewson, Eighth after First Round of Landfall Tradition

Clemson, S.C.—Freshman Alice Hewson shot a one-under-par 71 on Friday to lead Clemson to an eighth-place standing out of 18 teams after the first round at the Landfall Tradition in Wilmington, N.C.  Clemson had a team total of 10 over par 298.  J.T. Horton’s Tigers and the other 17 squads will play 18 holes again tomorrow and finish the 14th annual tournament on Sunday.

Duke, ranked second in the nation,  is in first place at one-under-par 287.   Clemson is ahead of eighth ranked Alabama by one shot and ahead of 14th ranked Virginia and rival South Carolina by three shots.  The tournament includes 12 of the top 40 teams in the nation according to the Golfweek/Sagarin rankings.

Hewson birdied her first two holes and made birdies on No. 11 and 12 on the way to her 71, good enough for a tie for eighth place in the medalist standings.  The native of England shot one-under-par 35 on the back side, helping Clemson moved from 13th place to eighth by the end of the day. It was her fifth round at par or better out of 10 rounds this fall, and she has shot 75 or better in all 10, the only Clemson player to do that.  Hewson is tied with Leona Maguire of Duke, the No .2 ranked player in the country.

Classmate Lauren Stephenson also had a solid day with a one-over-par 73 and the native of Lexington, S.C. is tied for 21st.  Stephenson had two birdies and three bogeys and also shot a strong one-under-par 35 on the back.  Stephenson was co-medalist in her last tournament, the Yale Women’s Intercollegiate.

Sloan Shanahan is a third Clemson Tiger in the top 30 out of the 96 players after the first round.  The native of Georgia in her third year with the program had a two-over-par 74 that included birdies on two of her last three holes.  She shot even par 36 on the back side and is tied for 28th after the first round.

Junior Lauren Salazar shot a first round 80 and junior McKenzie Talbert had an 82 in her first round of the season.