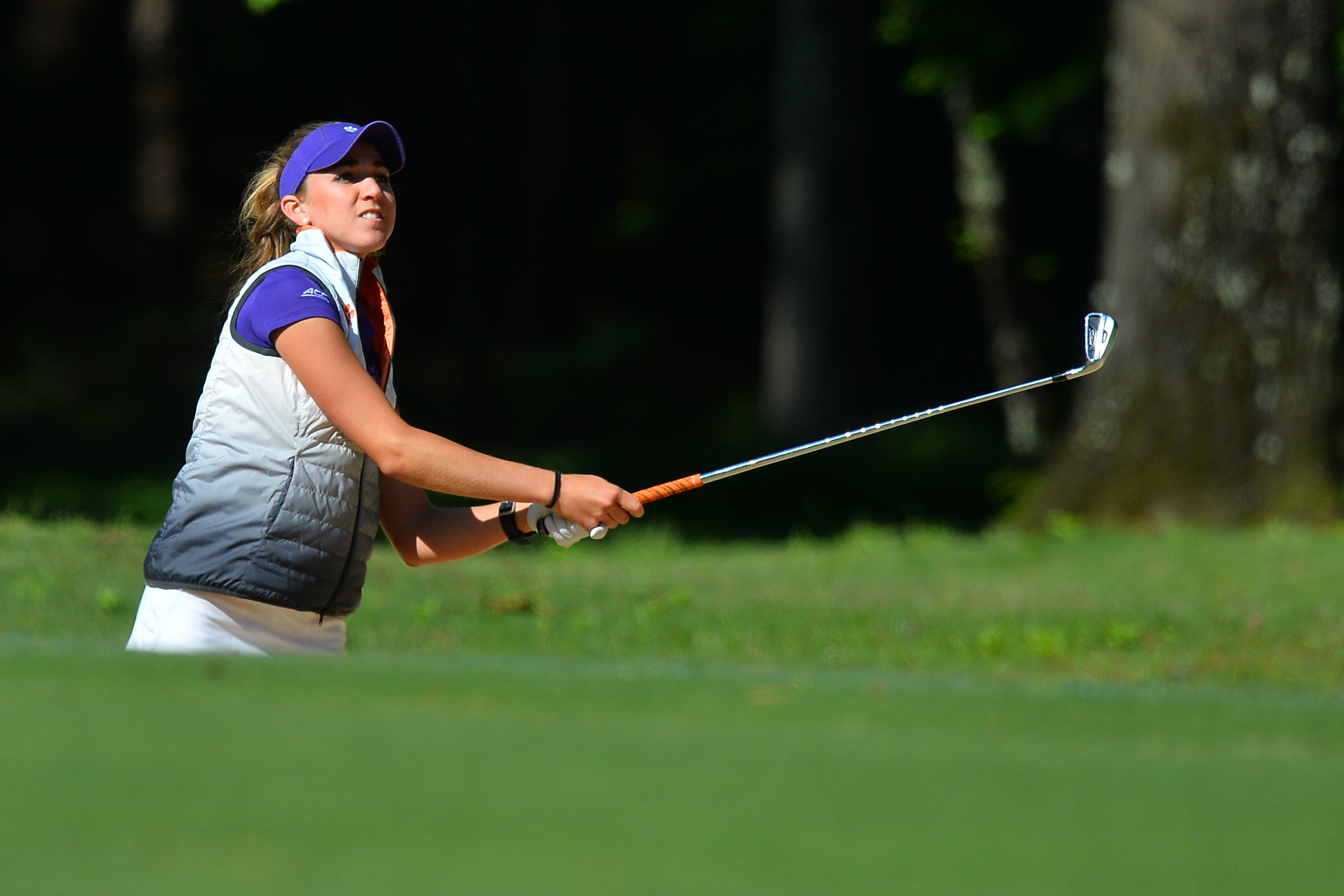 Clemson, S.C.—Clemson will bring two freshmen, a sophomore and two juniors to the 2017 Women’s ACC Golf Tournament this weekend. The event will be played April 13-15 at The Reserve Golf Club at Pawley’s Island, S.C.   The 12 ACC teams will play 54 holes, 18 per day starting Thursday.

The league is one of the strongest in the nation with five teams ranked in the top 25 and eight in the top 50 according to Golfstat.com.

Clemson, seeded seventh, enters the ACC Tournament with four top five finishes, including the program’s first tournament title. Clemson was co-champion with then 14th ranked Miami (FL) at the UCF Challenge in Orlando to open the spring season.

The Tigers are led by sophomore Alice Hewson, who has a 71.78 stroke average, on track to be the best in Clemson history for a season. Ranked among the top 35 in the nation by Golfstat and Golfweek, Hewson has five top 10 finishes and 10 under-par rounds in 27 total rounds this year.

Two freshmen will also be in the lineup at the ACC Tournament. Kennedy Swann did not enter Clemson until January, but she has played in five events and has a 74.33 stroke average. The native of Austin, Tex., finished 12th at the UCF Challenge and 11th at the LSU Tiger Classic.   Ana Paula Valdes is second on the team in stroke average with a 74.15 figure.   She has a top 10 at the Greenville Regional in the fall and finished 14th at the Gator Invitational in the spring, the top Tiger at that event.

Sydney Legacy and Marisa Messana are two juniors in the Clemson lineup this weekend. Legacy has a 74.63 stroke average, and is coming off a strong performance at the Clemson Invitational where she was the only Tiger to score under par twice.   She finished in a tie for 19th at last year’s ACC Tournament. Messana will be playing in her third ACC Tournament and is the only Clemson women’s golfer in the four year history of the program with a pair of top 25 ACC Tournament finishes on her resume.

This will be the first ACC Tournament for Clemson Head Coach Kelley Hester. But she has held a league title each of the last two years as the head coach at Furman where her program won the Southern Conference. She has seven top four finishes at conference tournaments in her 15 years as a college head coach.

Clemson Tee Times: 8:50 to 9:30 a.m. off 1st tee on Thursday. Tee times for Friday and Saturday based on previous performance. Clemson will play with Louisville and Virginia.