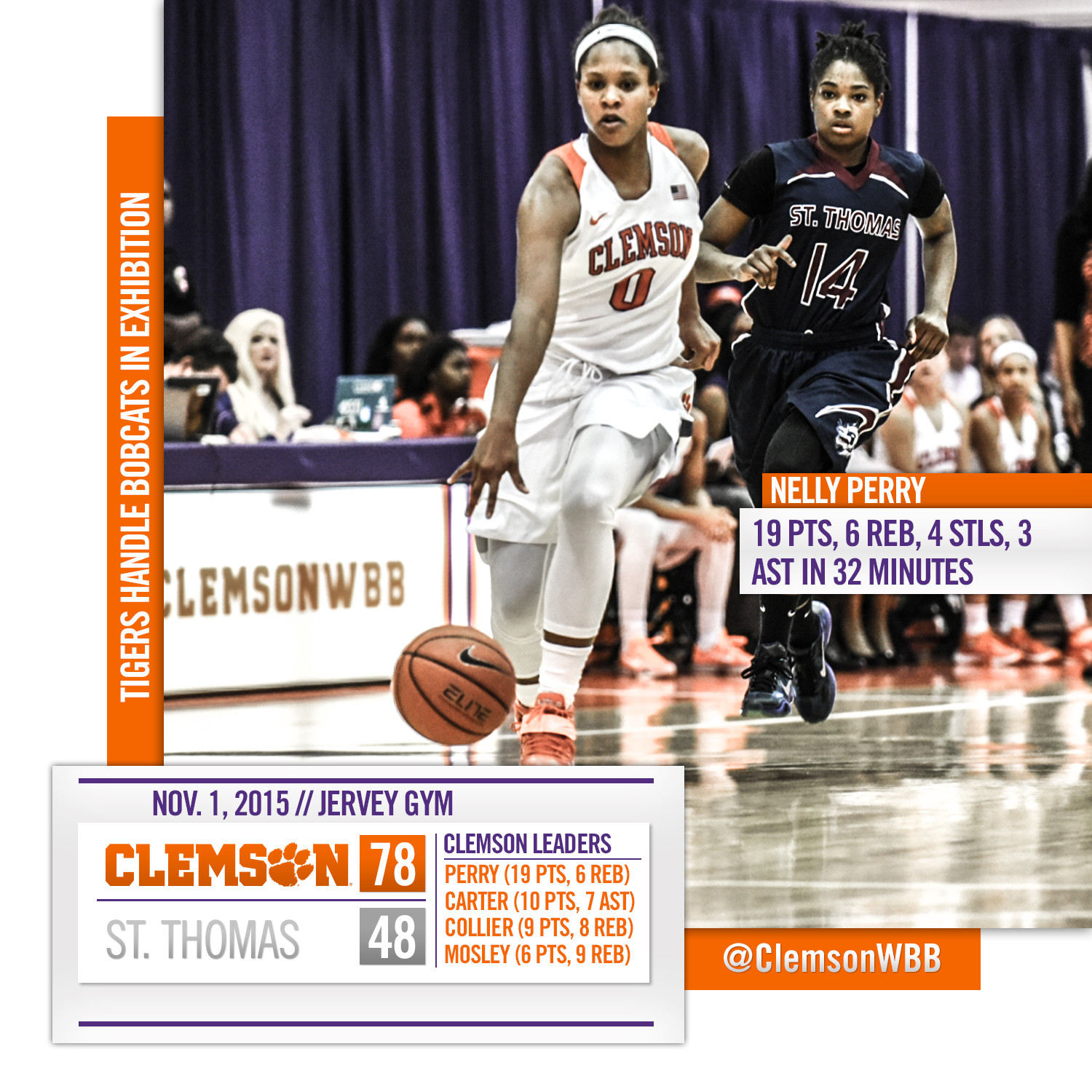 “Lexi (Carter) did some good things in transition, She was able to finish around the basket for us really well and hit a couple of pull up jumpers, so she really stepped it up. Having both Lexi and Danielle (Edwards) at the point, being able to play those two is huge as they allow us to have two solid ball handlers and scorers on the floor,” Head Coach Audra Smith said after the win.

Following a closely contested first half, the Tigers began the third period on an 11-3 run, taking a 43-33 lead with 4:54 remaining in the period. Clemson never looked back, outscoring the Bobcats 46-18 in the second half. Coach Smith did not hesitate to call on her bench, as the Tigers finished with 34 bench points in the contest.

“I’m pleased that we we were able to finish the game with a win and play quite a few different lineups together. It was good to have other players come in and contribute for us on the offensive end.”

Coach Smith was pleased with the team’s performance against a very athletic St. Thomas team, but is looking for her team to continue to improve in the coming weeks.

“We have a lot of work to do. We’re a young team. For our freshmen, it was their first collegiate game so I think there were some jitters there. But once we built a lead, I think they got a little bit more comfortable and we were able to execute offensively.”

“We still have plenty of work to do, but the future is bright for this team. We’re going to take tomorrow off, and start getting ready for Anderson University next Sunday,” Coach Smith said.

Clemson will play their last exhibition game next Sunday, November 8 at Anderson at 2 p.m. The Tigers open regular season play on Friday, November 13 at noon vs. Charleston Southern in Jervey Gym. Admission is free to all Clemson women’s basketball home games this season.