Playing in cloudy conditions but contending with strong swirling winds, the Tigers posted a four-over par 292 in the final round, its best score of the week. Clemson finished with a 36-over par 900 in seventh place out of 12 teams at the Sedgefield Country Club.

Eighth ranked Wake Forest won the tournament with a 14-under par 850, only eight shots better than No. 12 Florida State’s 858.  The third-ranked Duke Blue Devils were two shots ahead of 17th-ranked Virginia who carded a 54-hole score of 870. Louisville rounded out the top five with a 26-over par 890.

Emilia Migliaccio of Wake Forest was the individual champion with a 54-hole score of 205, 11-under par. Migliaccio had a three-stroke lead after the first 36 holes on Thursday and was able to hold it. Teammate Siyun Liu finished second with a nine-under par 207.

Valdes had a strong final round, playing the back nine of the 6,089-yard course at two-under, and playing holes 15-18 at three-under. The Mexico native was half an inch short on making an eagle on 15, finishing the round with 15 holes at par or better. She finished in a tie for 20th with a score of 223 for the three-rounds.

Gracyn Burgess shot the second-best round for Clemson in the ACC Championship, with a final round of 72. The freshman from Lexington, S.C. finished tied for seventh in the field of 60, with 11 birdies for the week. Burgess finished the three-rounds with a total of 234 after back-to-back rounds of 81 on Thursday.

Alice Hewson shot a 224 for the 54 holes and finished in a tie for 23rd place. The senior from England finished her 122nd at round at Clemson with a 74 today. Hewson’s score has counted towards the teams score in 121 of her 122 rounds.

Clemson will now await its NCAA regional assignment on Wednesday, April 24. The announcement will be made at 5:30 p.m. on Golf Channel. The regional sites for this year’s NCAA Women’s Tournament are Auburn, Ala., Cle Elum, Wash., East Lansing, Mich. And Norman, Okla. The regional tournaments will be played May 6-8. 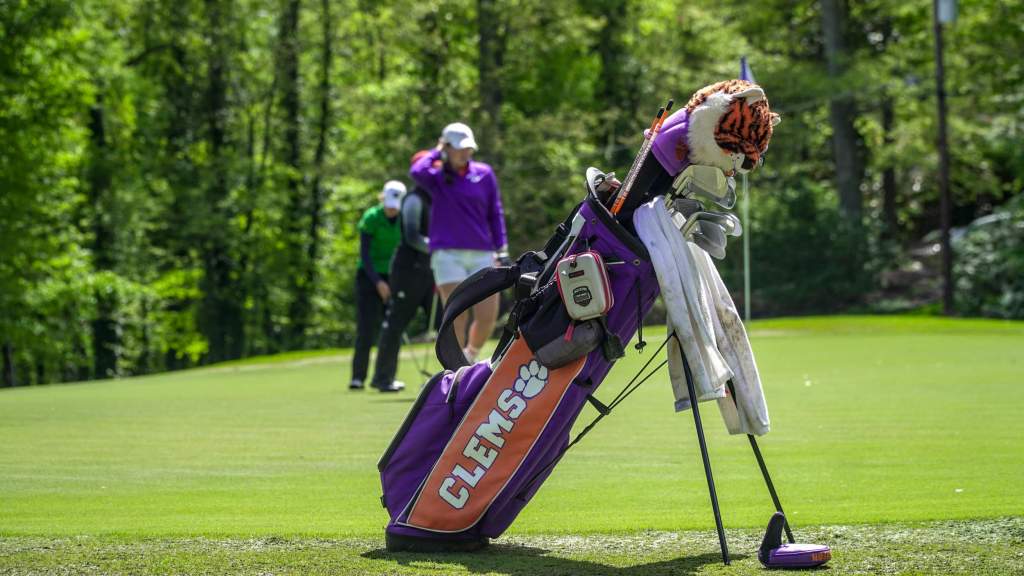