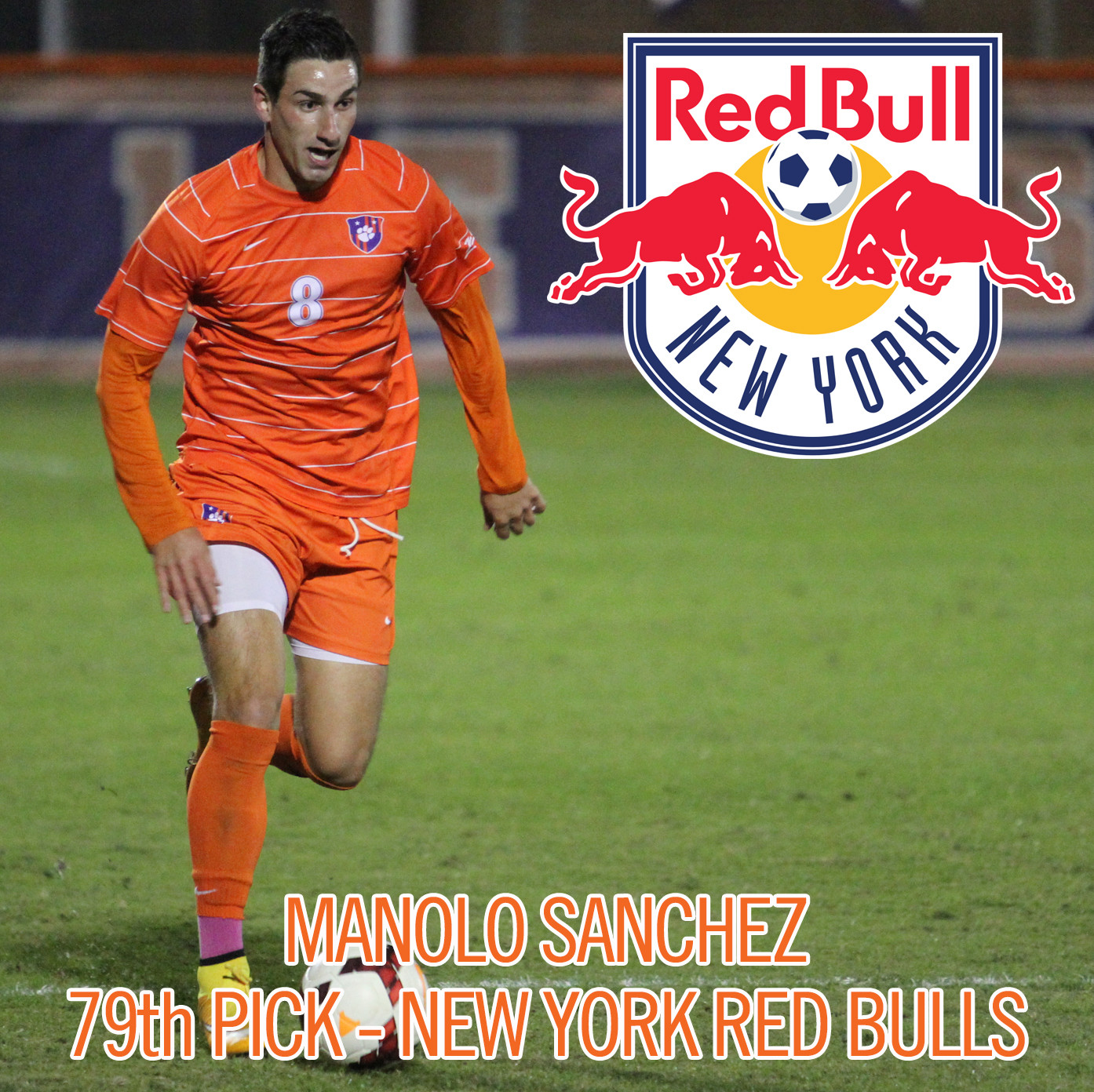 Sanchez joins Phanuel Kavita, who signed a homegrown contract with MLS’s Real Salt Lake, Amadou Dia, who was drafted in the first round by Sporting Kansas City and signed last week and Chris Glodack, who agreed to a contract with the North American Soccer League’s (NASL) Tampa Bay Rowdies last week.

The other two members of last season’s senior class, Bobby Belair and Ara Amirkhanian, also have made post-graduation plans. Amirkhanian was recently awarded the ACC’s Postgraduate Scholarship, awarded annually to a handful of former ACC student-athletes who plan to continue their educations at the graduate level. Amirkhanian plans to attend medical school this fall. Belair was also recently recognized by Clemson University for maintaining a perfect 4.0 fall semester GPA. Chris Heijjer, a freshman on last season’s squad, was also recognized. Belair is working with the men’s soccer program in a volunteer capacity while he finishes up his graduate degree. He’ll graduate in May.

Congrats to Captain Bobby B & Chris Heijjer! They were just recognized @ClemsonMBB game for a perfect 4.0 fall GPA! pic.twitter.com/zKTIcnU38Y

Coach Mike Noonan called all six of those seniors very impressive men, on and off the pitch. Having spent some time around the program in the last few months, I echo those sentiments. Congratulations to all of them!